I've been hoping to find the new Fortnite six inch wave for months now, ever since they announced what they would be. You can go all the way back to this post from January to see me mentioning that it would be cool to get one of the figures in the wave for a Valentine's Day decoration. Ragsy is a fun kind of Anti-Care Bear character that I'd love to put up in February each year. 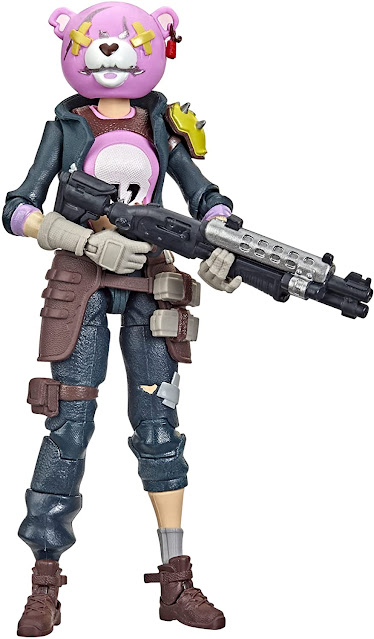 It's all part of this sickness that I have with decorating for holidays using toys.

Another character I'd like to get from the wave is Bush Ranger. Guess what I want to use this one for. 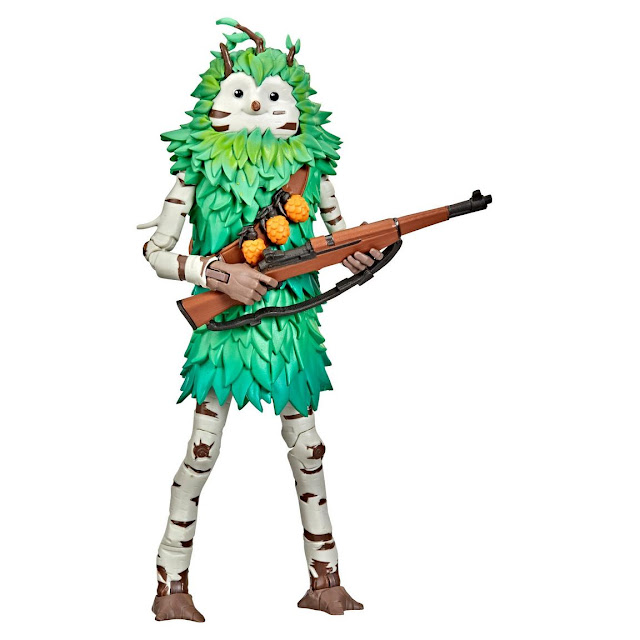 If you guessed, put Christmas lights on it and star on its head and put it up around Christmas then you're down with the sickness.

Those two were available at my local Walmart. The whole wave was there, but they were full price, and that keeps being more and more each day. They want $24.99 for these figures now, and that's a lot for me to swallow.

So, I made the choice to pick only one this time. I don't know when or if I'll go back for the other two. I'd really like to muster the fortitude to wait and hope for them to show up at Ross, or do without if they don't.

This time, I decided that I would go with Metal Mouth. 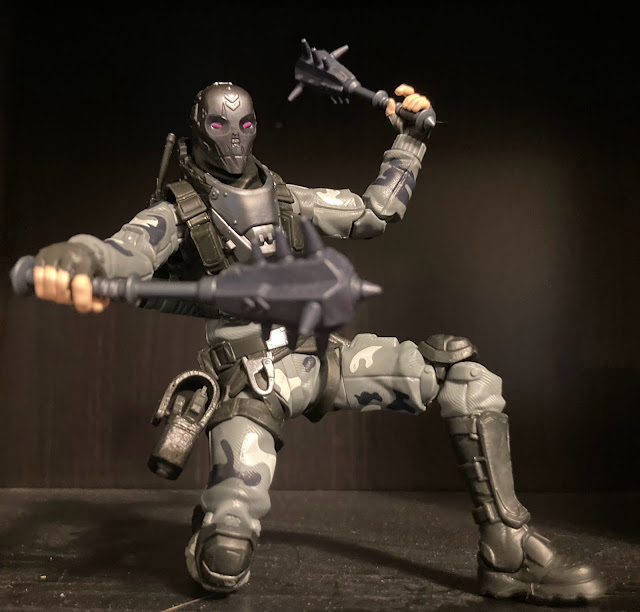 Why did I pick him? I'm not totally certain. I guess because Halloween comes first, and he's a guy with a mask made to look like a skull. I've done six or seven posts about all the guys with skull faces that I've been gathering this year.

I started back in January, and now I've probably got nine or ten of them. 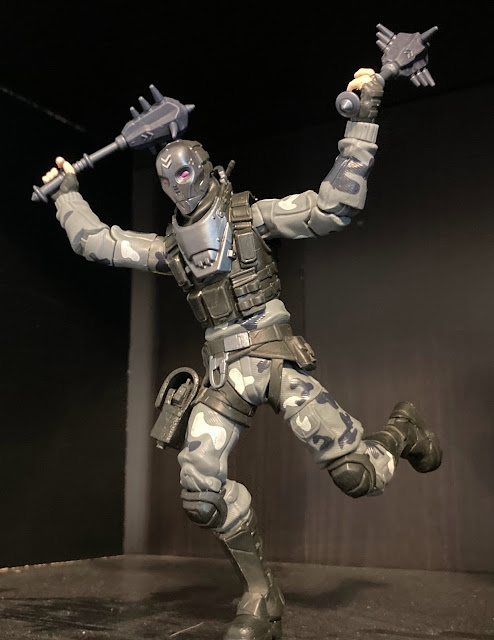 So, Metal Mouth is the newest member of the Skull Face Squad. He's pretty good, but I can't help but feel guilty wasting full price-type money on a guy like this as the inflationary recession is being ushered in for us. I suspect that someday soon, I'll wish that plastic was edible, and I'll regret making this decision.

For now, though, I love this guy. He's pretty dang cool. He came with a gun, but I never bothered to make him hold it. This is one of the few characters from Fortnite that I've ever liked the harvesting tool it came with. 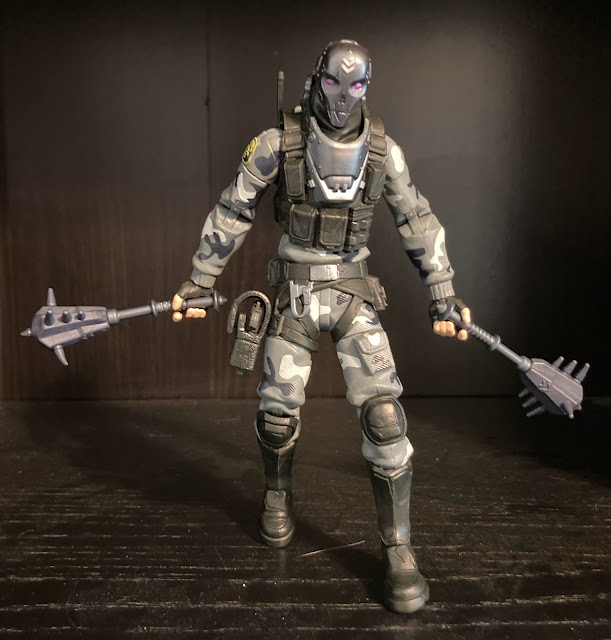 Those spiked bat-things look pretty damn menacing. And he gets two of them! It's harvesting tools, not a harvesting tool in his case. I don't think I'll ever pose him with that gun. He'll always be carrying those.

You know, I ought to bust out my Halloween figures tote and get all the Skullies in one picture. I'll see if I can't do that soon, and get a post about it. Stay tuned! You won't want to miss that.