Decorating For The Season II

I've become an addict of a YouTube channel called Toy Galaxy. I know, big surprise, right? Half of my posts in the last while have been about my toys. It's getting sad.

I'm kind of jealous that I never made a channel like this myself. I like his background, but I feel like my own background (that I've shown many times on this blog) is even better. He does do some cool stuff sometimes though. Like at Halloween time, he makes his background go with the season, like in this video:

He did this video last year with a close up of the shelf too.

Now, I'm never going to have all the various toys that he has like the headless horseman and the Freddy or Jason figures. But I still want to do something cool with my shelf. So, I got a bunch of lights, spider webs, and something called creepy cloth from the dollar store, and put it in use on my shelves. What do y'all think? 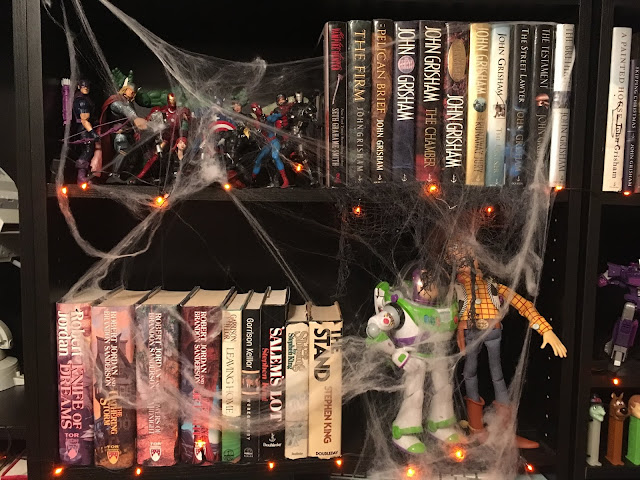 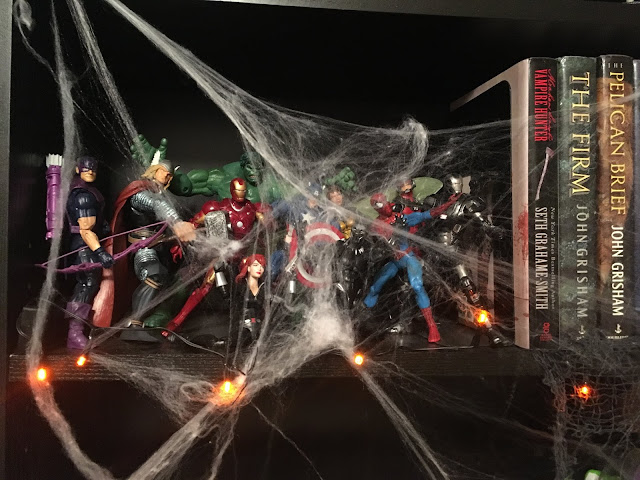 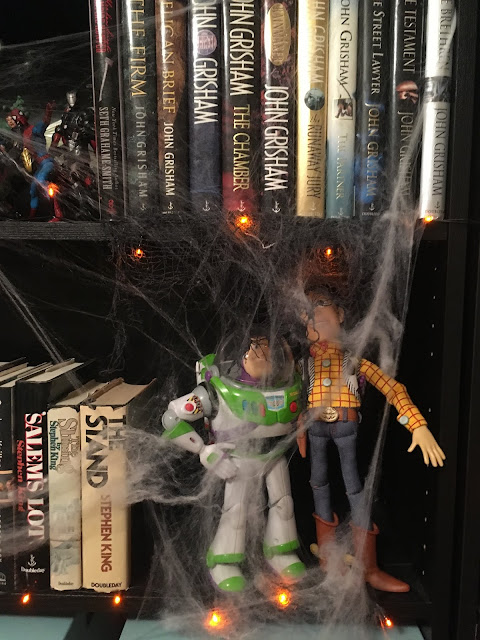 Posted by Big Anklevich at 9:34 PM