Have you ever heard of Jackfruit? Is it like what this guy is talking about?

A jackwagon must be the thing you haul the jackfruit out of the jack orchards in, right?

Well, I'm going to guess that you probably haven't heard of jackfruit. The other day I was at the grocery store, and found that they had jackruit in the produce section. 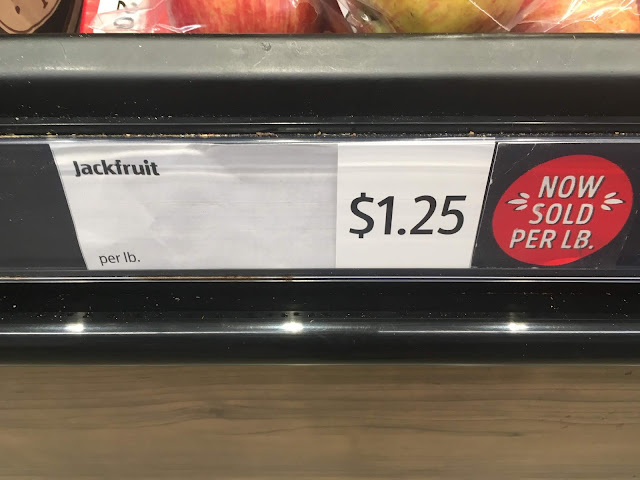 $1.25 a pound sounds like a reasonable price, right? Except that a jackfruit is a massive, watermelon sized fruit that probably weighs twenty pounds, so one of them will cost you $25. That's a lot to just try out some kind of exotic fruit. And it's pretty exotic. Take a look at this thing: 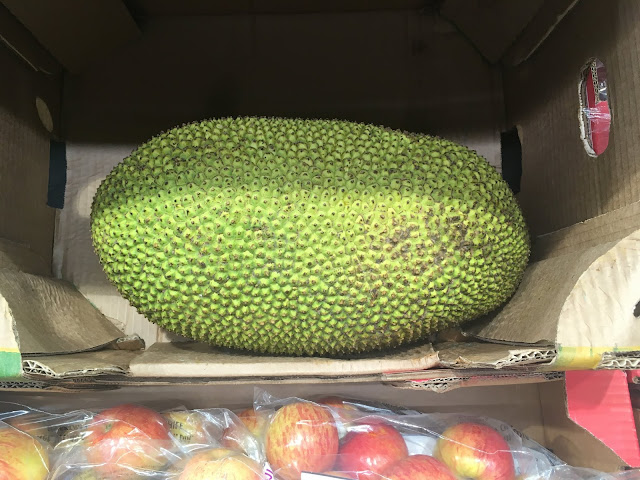 So, it's just a giant watermelon with spikes all over it. It kind of makes me think of those medieval weapons called morning stars. I just finished reading George R. R. Martin's Fire and Blood the other day, so they're on my mind. This is a morning star if you're not familiar with it or didn't realize what it was called: 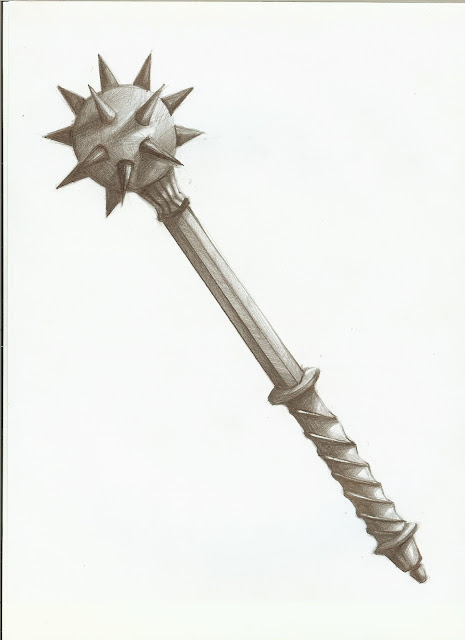 I believe that is also called a mace. This is a morning star flail: 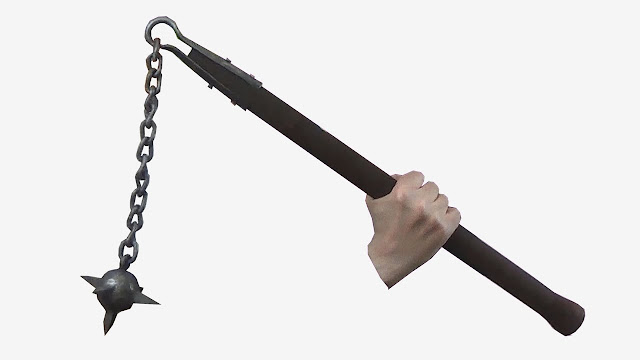 So, we have the starfruit, and then there's the morning star fruit, right?

I bet you're saying to yourself, "come on, Big Anklevich, it's just a spiked watermelon, how can you compare it to a morning star. Nobody worries about getting hit over the head by a watermelon, no matter how big they are. They're harmless." That's what you were saying to yourself. Admit it. I didn't just put words into your mouth. That was all true.

Well, let me disabuse you of this notion. Jack fruit are not harmless. They most definitely are nature's morning star. Here's a picture of some growing on a tree. 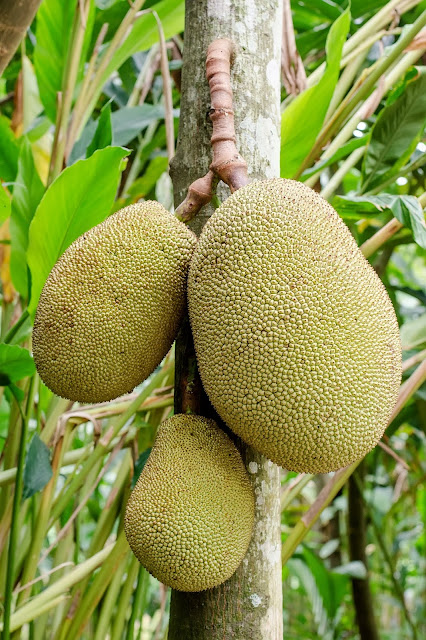 Yes, that's right, they grow on trees, not on some ground-dwelling vine. 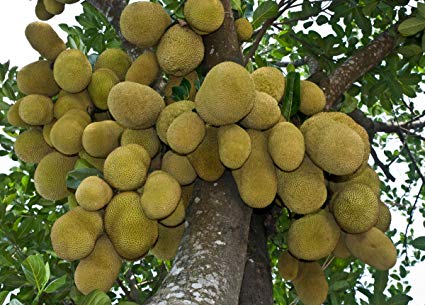 And no, the trees that they grow on aren't little trees, they're massive trees that grow sixty feet tall and taller. I've seen them myself when I lived in South America as a younger man. And they were often right there on a normal street, like some kind of shade tree. Except this shade tree had fruit that gets as big as 120 pounds hanging up there, just waiting for its stem to finally deteriorate enough that it comes tumbling down violently and destructively on the heads of the person who just happens to be walking down the sidewalk at that moment. 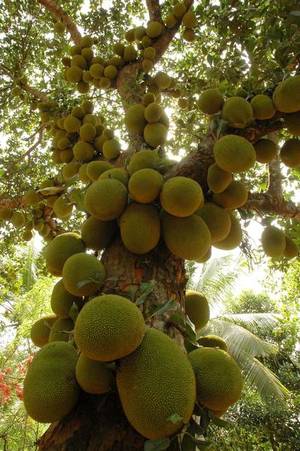 Not only are they possible death from above, but crack one open, and I'm pretty sure what you actually find inside is alien spore: 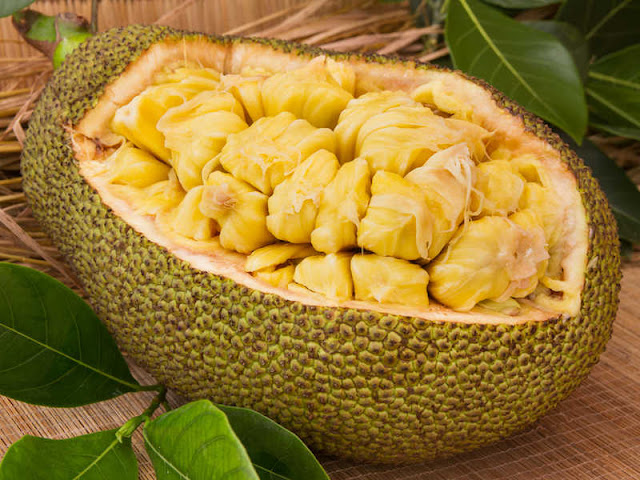 So, what you eat is that fleshy yellow stuff around the seeds. 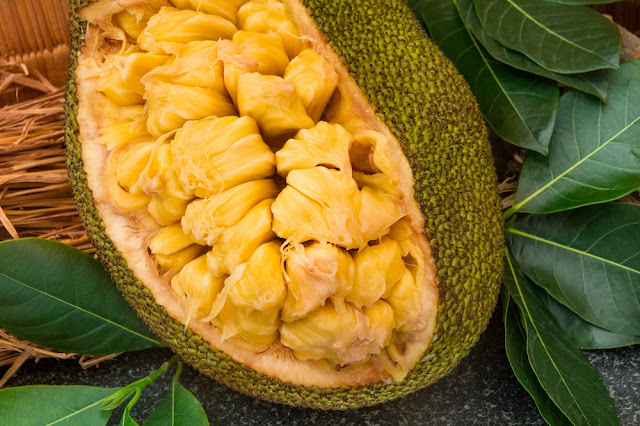 You strip that stuff off, and spit out the seeds. 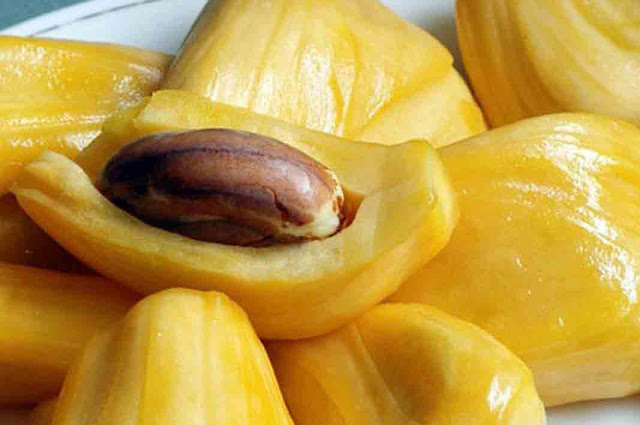 What does it taste like? Well, it's kind of sweet, gooey, mushy. I can't really say. It tastes like jack fruit. Not like chicken, we'll just say that. I wasn't particularly fond of it, of course I was nineteen years old when I tried it, and I wasn't yet of that adventurous of a mind. I might have dismissed it just because it wasn't what I was used to. Though I didn't feel the same way about mangoes when I first tried them. So, I'd prefer to say that jack fruit is objectively so so, and mango is objectively amazing, because I am completely objective.

Anyway, this was a long silly post about nothing more than a weird fruit that I remember as a very interesting oddity from South America. I couldn't believe it when I saw it at the store right here in my own town. I guess the world is becoming a very small place.
Posted by Big Anklevich at 11:34 AM