Okay, so just after finishing up our last live-blogging-a-story event, Rish asked me if I was up for a Broken Mirror type contest. Originally, he wanted it to be just me and him, but then he thought he'd open it up to everyone. A lot of people seemed interested. I think a few might have dropped out, when they found out that it wasn't like our old broken mirror events that would result in the winners having their story on our show. Instead, it was just going to be a big live-blogging thing where everyone did their own story on their own blog, and we linked back and forth to each other.

So, that's what this is.  Rish called it Broken Mirror Shards once, so I'm co-opting the phrase and using it.

The premise went like this: Despite being warned about them, someone plays a claw vending machine game...and wins big.

So, that's how it started.  Should be fun.  Here's day one of my entry in this craziness: 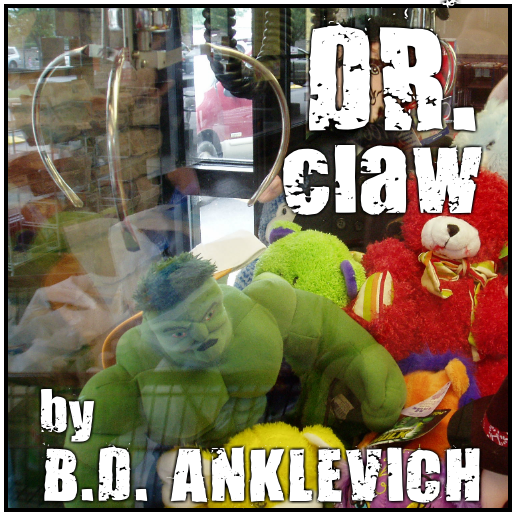 Photo Courtesy Joel Kramer, Cropped and Title Added by me.