We picked up some Halloween decorations at the dollar store back in the early days of the season. One of the decorations being a bag full of small plastic skulls. My wife had a plan to put them in a jar on the counter. I'm sure she saw it on Pinterest somewhere. 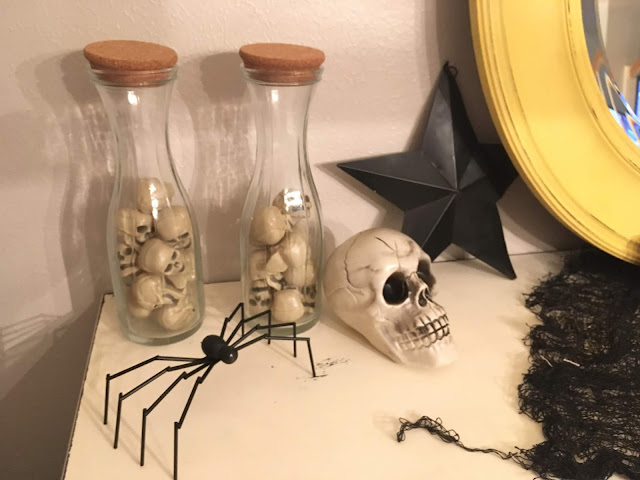 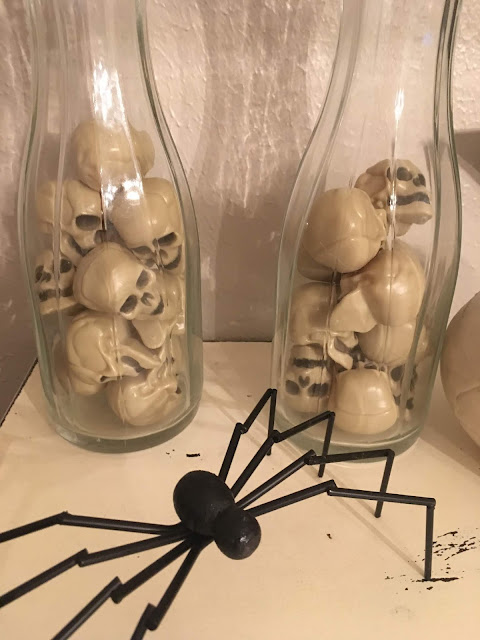 There were some of those skulls that didn't fit in the jar, so I added them to my display. But after a while, I realized that they could be used even more effectively.

Lots of my big toys on my shelf are somewhat customizable. They come with extra hands in different positions, so that you can have them holding guns or casting magic spells. There are also seperate heads with different expressions, so you can have your character making a grimace as he swings his sword instead of a smile.

Those skulls from that little bag are just about the same size as the heads on a 12" figure, so I grabbed a knife, cut a hole in the bottom of one of them, and replaced one of my figures normal head with a nice Halloween skull. Behold, Captain Americorpse: 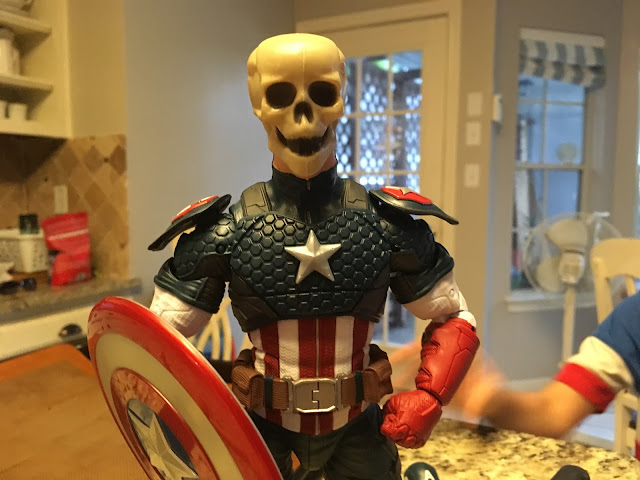 It's a little bit big, but not terrible. He's definitely going to brighten up...I mean darken up my shelf a little bit this Halloween. 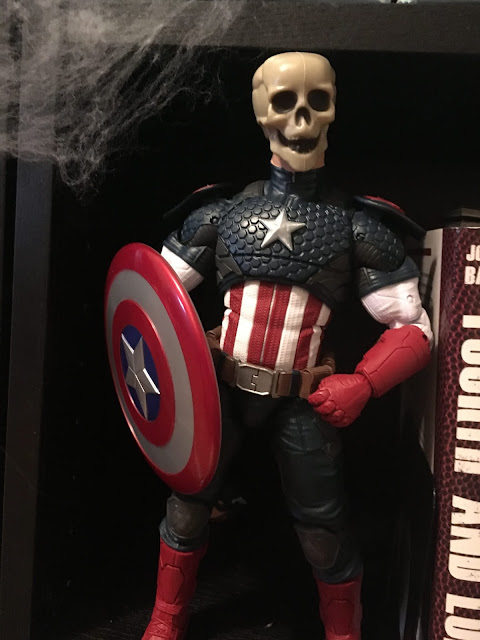 Posted by Big Anklevich at 9:49 PM