This Is Getting Ridiculous

I did a post last year at Halloween time complaining about these goofy decorations that they make these days of skeletal animals. It could be a really cool thing, but they insist on making them quite anatomically INcorrect, giving dogs bone ears and so on. I thought they'd taken it as far as they could take it when they made this skeleton of a spider. 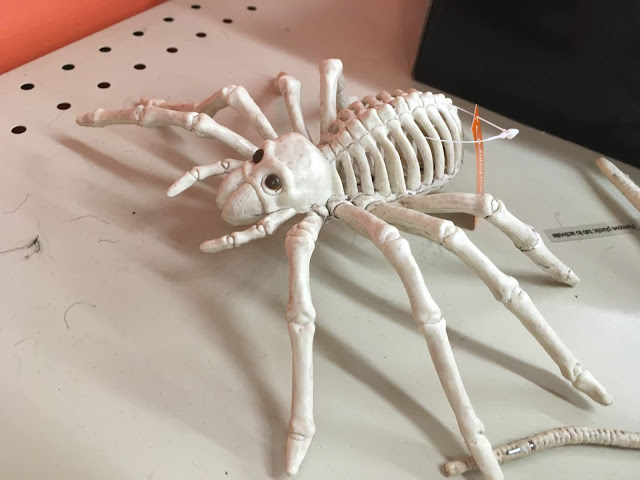 And invertebrate with an exoskeleton is now made up of bones. Okay...I did have some folks supply me with some fun possible places that it could have come from, like maybe it was one of those evil necromancers that created this creature from the bones of other beings, and imbued it with a hideous half-life to prowl the earth, scaring children and...I don't know, stealing their candy or something.

I guess that necromancer has been really hard at work since last year, because I found something even more egregious. Behold: 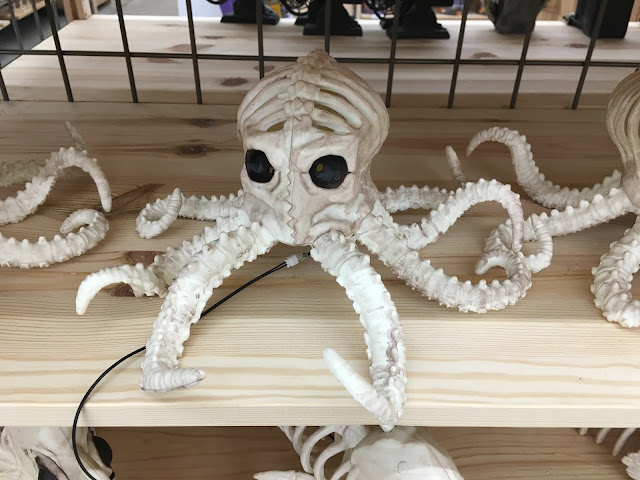 That's right, this time they didn't even go with a creature with an exoskeleton. This time, it's just a completely boneless octopus. The things flop around flaccidly even when supported in a buoyant ocean of water, and they've made a skeletal octopus. Okay...I guess it's a free country, and you can make whatever product you think the public will waste their money on. I'm also free, however, to call you an idiot for doing so. So there.

I did see one thing that I almost liked though. They made a skeleton of Cerberus: 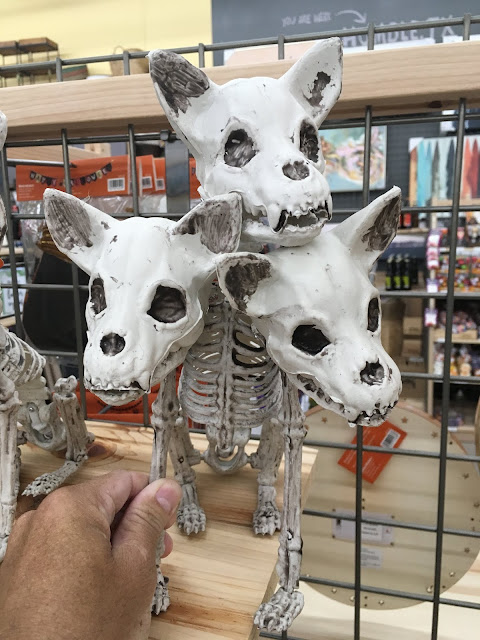 Unfortunately, they gave him bone ears, so it's bunk and silly, and I won't be buying that either. It's all good, it's about time I save some money for once.
Posted by Big Anklevich at 9:28 AM