The Curse Of The Curious Cat

My daughter opened up a new puzzle yesterday. All the pieces came in a plastic bag, and she dumped them out and the table, tossing the bag aside.

Later, however, she discovered that she should have thrown that bag out right away, because she came downstairs to see this: 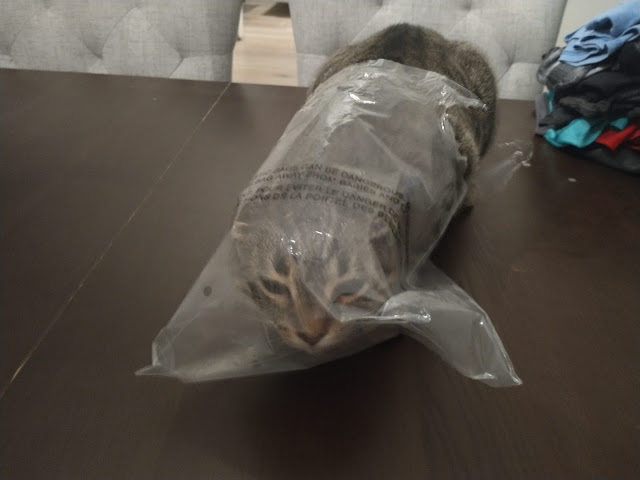 Jupiter has always liked crinkly things like plastic bags, and she had to investigate this one too. It was just the right size to squeeze inside of. 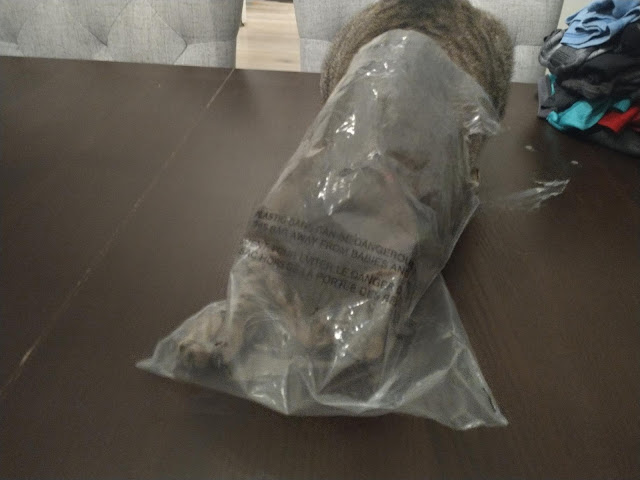 The bag says to keep it out of reach of babies and...but then you can't see what else. I wonder if it says pets. How many times have you seen cell phone video of some poor raccoon with a bottle stuck on its head, Jupiter could have wound up like one of those poor creatures.

Luckily, my daughter was there to help, but even if she hadn't been, it would have been okay, because Jupiter extricated herself from the bag all on her own. 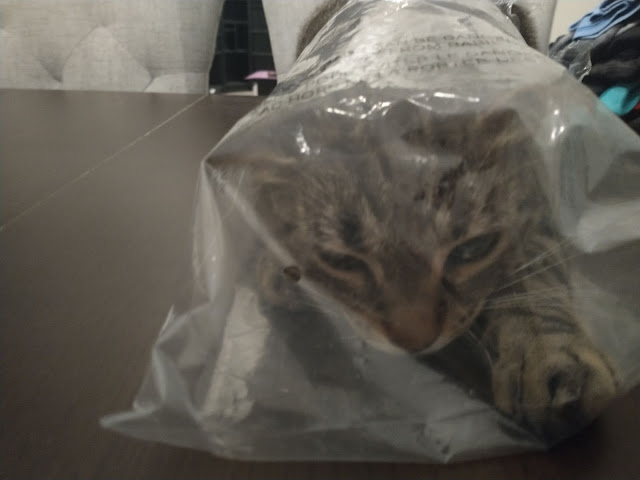 I wouldn't be surprised if something like this ended her some day, though. She is the proverbial cat that was killed by curiosity.

Posted by Big Anklevich at 9:19 AM