Anklecast 27: Onward to the Breech 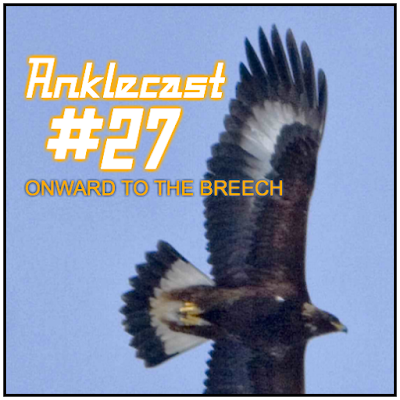 Just DO IT! MAKE YOUR DREAMS COME TRUE!

In this month's episode, I answer a listener's question about the Dunesteef Novel Writing Challenge. I give a little bit of a teaser about what my novel will be about. Also, there's another story in the episode. Some people commented last week about how they liked the idea of having stories in the show, so I tried real hard and got one in there. It's the reason why the episode is so late, but you guys don't care, right?

So, hopefully you enjoy "Onward to the Breech".

So, June has arrived. Rish and I have been talking about each of us writing a novel for most of the year. I think it was back in February that Rish went to a writing symposium where one of the speakers outlined a plan for writing a novel in 90 days. Unlike normal, where hearing a plan like this would make Rish hate himself all the more and start making plans for taking his own life, instead he became excited. He'd always been of a mind that he would never write a novel. He equated it to running a marathon, another thing that he was certain that he would never do, but this author made it sound...if not easy, at least feasible.

So, we decided to go for it. I set the time table, because I knew my life would be too hectic to manage to write that much until summer arrived. So, June 1st through August 31st we will be implementing this plan.

Rish called it DuPoWriMo once when we were talking about it on TGMG. That's a play on our podcasting event we did a few Februaries ago, when we released an episode of TGMG for every day of the month. We called that DuPoReMo, or Dunesteef Podcast Releasing Month. That was, of course, a play on the NaNoWriMo event, or National Novel Writing Month. Combine the two, and you have DuPoWriMo, but I think it probably works out better if we call it DuNoWriMo. None of them quite work, I suppose, if you analyze the words. After all, it's not a month. But it doesn't matter. If you ever hear me refer to DuPoWriMo or DuNoWriMo in the future, you know what I'm talking about.

So, today's the 3rd of June. I'm three days into my journey. How has it gone so far? I think it's going pretty well. On my drive to work this morning, I recorded myself as I planned the plot of the story out loud. I just spoke, and my phone recorded. I did that on Monday as well. I think I'm working my way through the story pretty well.

My book will be called THE GAUNTLET 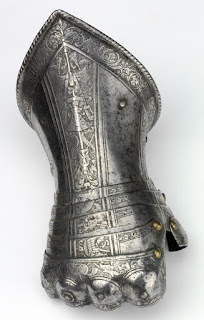 I have my main characters, Sebastian Jones and Ramona Jones. I know the bad guy. I know the inciting event. I know some of the obstacles that they will face. I know the big turning point at the end of act two. I know the finale. A lot of stuff needs to be filled in between now and when I start putting pen to paper, but the bare bones are coming together, the skeleton is appearing, and even some of the meat is starting to appear on the bones.

It's pretty fun so far. I suppose it'll become more of a slog later, when I have to write 1,666 words a day just to keep pace. But I'm not going to think about that now.