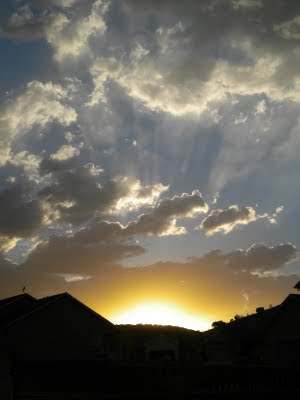 A beautiful sunset for you. Now don't say I never did anything for you.
Posted by Big Anklevich at 11:22 PM 1 comment: 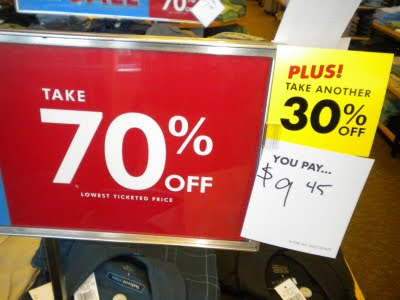 Yeah, I thought that too. 70% off plus take another 30% off, so that must make these clothes free, right?

Well, the girl that worked at the store assured me that was not the case. She also assured me that I wasn't the first jagoff who had asked her that same question. You had to be good at algebra to figure out your price on this one. You take your original price, we'll call it X, and take 70% off, then take that resultant price, (X - 70%) and take 30% of that. It looks like they had enough annoying folks like me asking about it that they worked it out for us on the sign. That's good, because I don't think I'm smart enough to work it out even if they gave me a calculator.

It's a sad statement on the state of the economy that 100% off was still not enough of a deal for me to buy.
Posted by Big Anklevich at 4:11 PM No comments:

My Dad Is Smarter Than Your Dad

The other day, my daughter was complaining about a fight she'd had with a neighbor kid. She told us that she was mad at the kid, so she insisted that he get of our "proferty." She became extra mad at him when he wouldn't get off our "proferty."

It devolved into meaner things. This kid had the gall to say, "My dad is smarter than your dad."

My daughter admitted, "I don't even think that's true."

"Oh, really," I said, "You don't think his dad is smarter than me?" I wondered what she might use as an example of my intelligence. What was it that I had said or done that had proven to her how smart I am?

Apparently, being a fathead is good for something. I may have to put my hats on the last clasp to fit them on my head, but it makes me smarter than my little-headed neighbor.
Posted by Big Anklevich at 10:08 AM No comments:

Yeah, that's right, I said marketing failures, not marketing fail. I'm not a programmer, I'm a wannabe writer. I can't bring myself to use the word fail as a noun.

Anyway, I found these two products in my bathroom recently, and I had to bring them to your attention, because they disturb me greatly. First:

Yes, that is a "Not Your Mother's" brand hair cream called "Kinky Moves." It's supposed to give your hair that cute curliness that you've been wanting, you know, nice kinky hair. Now I don't know about you, but something called Not Your Mother's Kinky Moves does not bring anything but the creepiest images to my mind. Could anyone possibly feel any different? Who was the marketing genius who thought, "Let's call it 'Not Your Mother's Kinky Moves' because you know, the kids will latch on to that one, right?" Or is it just that they never put the two together. No one ever said the brand name and product name in one sentence, so they never got the problem that comes with it.

Now here's the other thing I found in my bathroom: 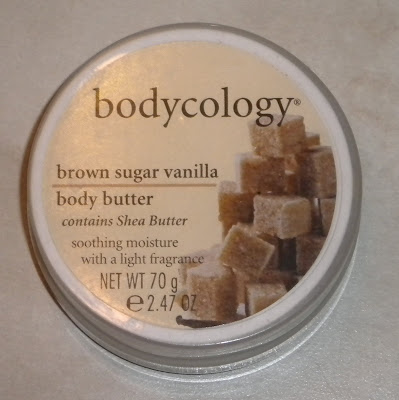 There it is, Bodycology brand Body Butter. What the frick is body butter?!?!! What is body butter made from!!?? Real butter is some sort of curdled milk product, right? So...body butter is curdled...what? What liquid substance from the body did they harvest to make this body butter? And why would anyone want to purchase it?

The funny thing is, despite all my ranting, I found these products in MY BATHROOM, not on a store shelf. So, apparently, the marketing still worked.
Posted by Big Anklevich at 9:55 AM 2 comments: