Posted by Big Anklevich at 11:09 AM No comments:

You may recall my earlier posts about how our bird feeders get raided by the local squirrels instead. I did one in 2019 and another one just a two weeks ago.

We've got all this birdseed, and we really want to use it to draw birds to our backyard. It would be fun to see all the different birds that are around.

However, the squirrels, that we're not particularly interested in encouraging seem to be the only ones getting any of the seeds. We're afraid the squirrels might be getting into our attic, so we certainly don't want to encourage them by putting out a pile of food for them to use.

We thought that trying a new bird feeder would possibly keep the squirrels out, but it turns out they had no problem climbing that one as well. I still harbored some kind of hope that we could find the right kind of bird feeder to outwit the squirrels, but then I saw this video by Mark Rober, and realized that I need to just give up all hope of that completely.

You have to know when you're beat, and there's no way I can stand up to something like that.
Posted by Big Anklevich at 9:39 AM No comments:

Posted by Big Anklevich at 1:06 AM No comments:

The post title for this one is misleading. It's just a dumb pun that really has little to do with what's going on. It has May in there, and that is all I was after. I just didn't want to use May flowers...or May powers (which is even worse) like I did last year. So I'm just going to stick with it.

Last month, I didn't make any bold or crazy goals. I just said I would try to continue to beat my monthly total from the month before. I've managed to do that every month so far. It started out pretty easy, because my first two monthly totals were very low. Now it's getting pretty tough.

I did my best. Any chance that I had to write extra words, I took it. Many days I fell below that 1,216 level, but there were other days that made up for it. I got more than 1,500 several times, and my highest of the month was 1,634. I paid close attention to my total, and how many words a day I had to write to reach my goal. I did the math to average it out several times. When the final days arrived, I needed at least 1,300 to get there, and I just sat in my seat and kept typing until I got there. Here's my chart for the month:

I posted a couple of days ago about how I passed over the 200,000 words mark. So, I am two thirds of the way there. That's really exciting. Here's my year so far: 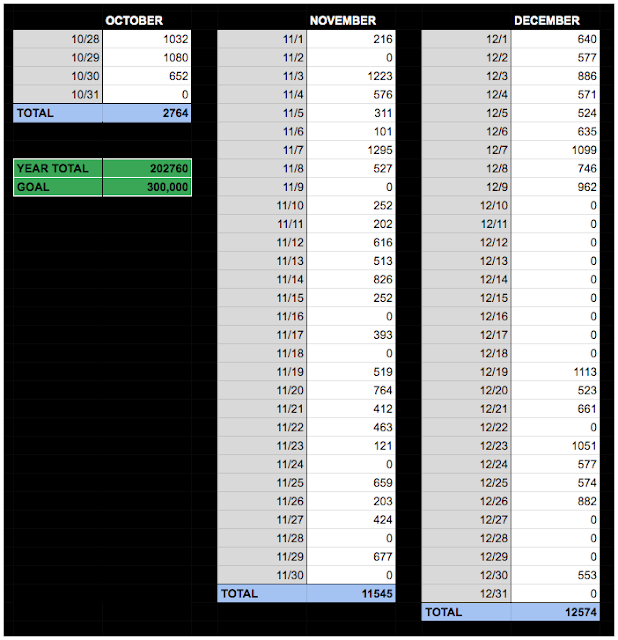 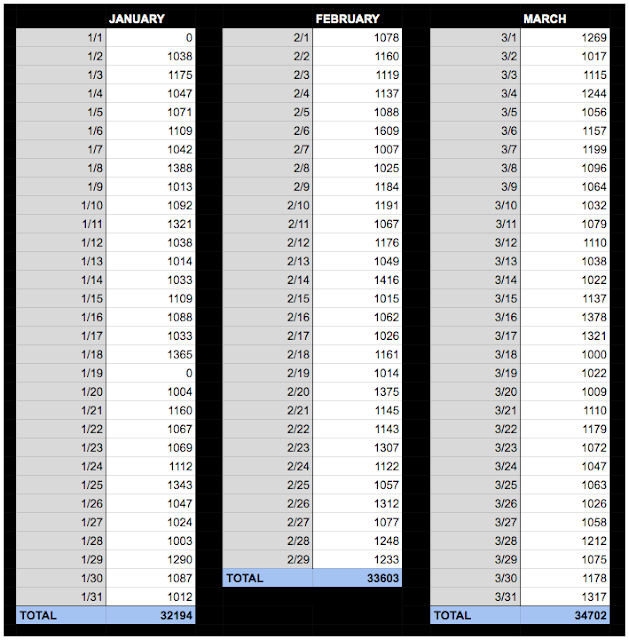 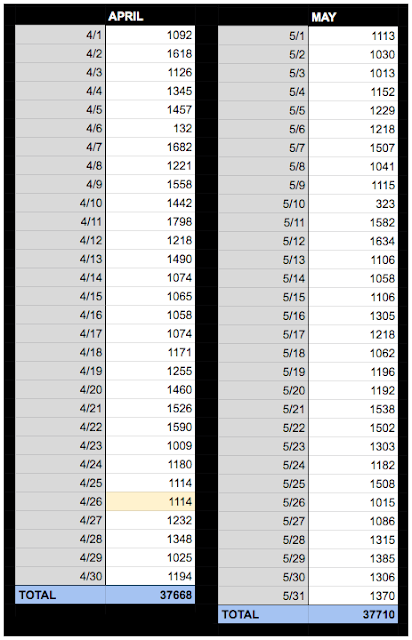 In May, I even managed to put out some of the dumpster fires that constituted my life, and I'm working to return those back to where they should be.
Posted by Big Anklevich at 1:01 AM No comments:

I Have The Power

Posted by Big Anklevich at 11:24 AM No comments:

I wanted to post this stuff especially for Rish Outfield. I don't know anyone who likes the various freshwater creatures that a person can have as pets as much as Rish does. He's got salamanders, newts, frogs, fish, and, as you might have guessed from the post title, turtles galore in his aquariums. Every action figure he sells is promoted by a picture of it standing in front of his fish tank. So, when we went to Hermann Park a little while ago and saw this, I knew I had to share with him. I know it won't quite live up to the awesomeness of my bat video, but it's something kind of like it. 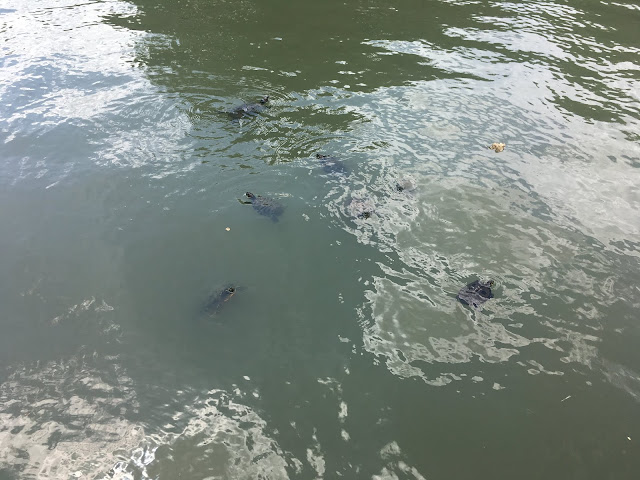 If you aren't Rish, and you dig it too, well, then, bonus! 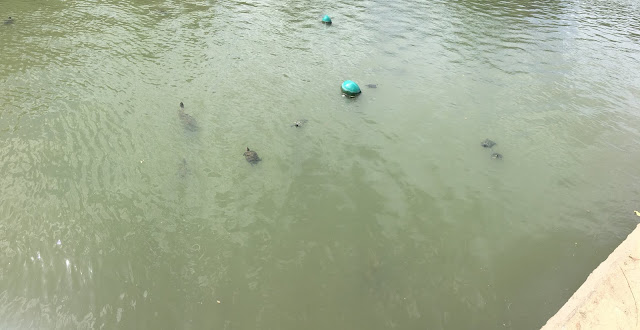 This is McGovern Lake, a man made lake in the middle of Hermann Park. It is home to any creature that wants to be there, I suppose. Lots of waterfowl frequent the area. So much so that they named one of the islands in the lake Bird Island. But it seems like the turtles may possibly outnumber the birds. 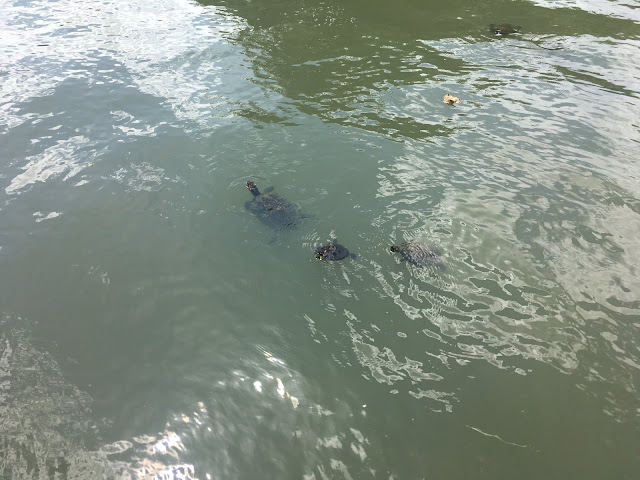 The other day, when we went to the park, and were standing near the shore of the lake, a whole mess of turtles came swimming over to us as if they were pigeons waiting for some bread crumbs. I've never seen anything like it. 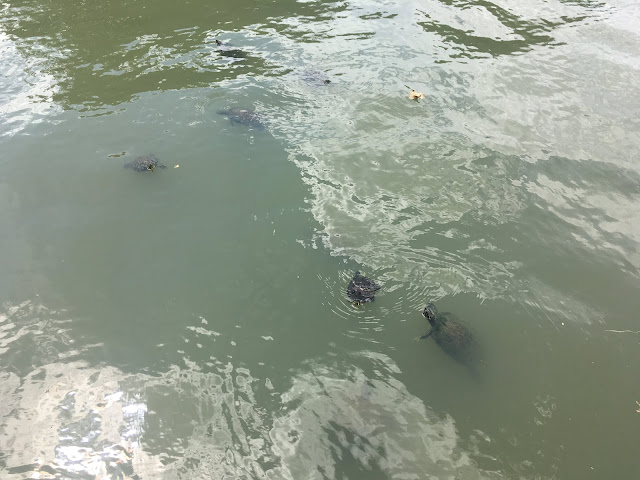 But I have to admit it was pretty cool. Before coming to Texas, I'd never seen a turtle in the wild. 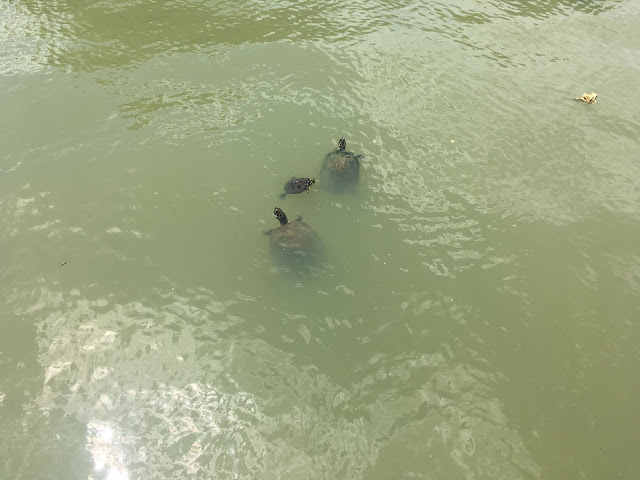 My brother had them as pets growing up, and they always seemed so clumsy and worthless--barely able to eat the goldfish that we provided for them even when there was a huge swarm--that I could hardly believe they could survive in the wild, but I suppose here's proof that they do. 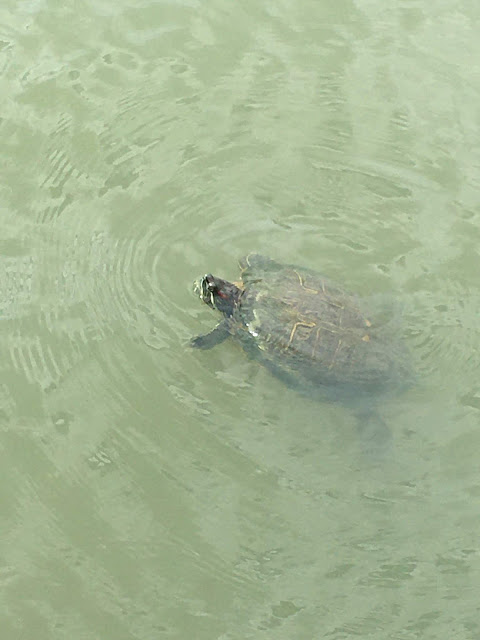 Not only that, but they get way, way bigger if they're not kept in a tank.

Looks like they're all red-eared sliders, which is what my brother had in his tank when I was younger. It makes me wonder if they are actually native to the area, or just a bunch of pets that people got sick of and turned loose in the wild. Wikipedia says that they are native of our area, though, so maybe not.

Here is the video of the things swarming us like a bunch of pigeons that I wanted to share. Hopefully, you like it as much as I did.

Oh, I also wanted to show this picture. Here's a bunch of turtles sunning themselves on some logs. It's a pretty crappy picture, because I didn't have my zoom lens camera, so I had to take the picture with my phone and do a digital zoom. But I found it interesting to see something like this in the middle of a suburban park. 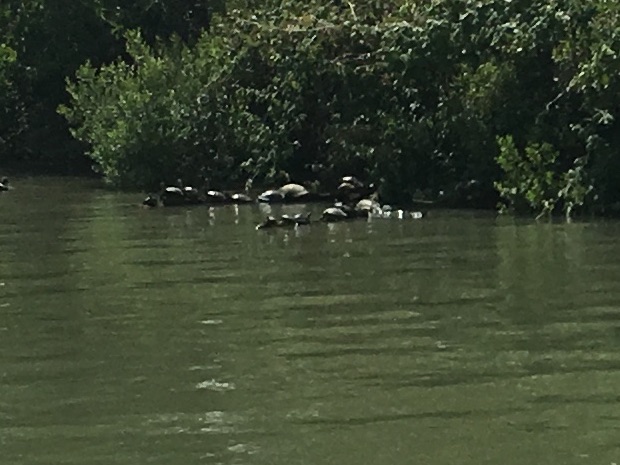 We went to Louisiana a few years back and went on a bayou cruise (you might remember that I dropped a camera into the murky bayou water and never saw it again) and we saw a lot of turtles sunning themselves there. In that case I did have my zoom lens, though, so the pictures were better. 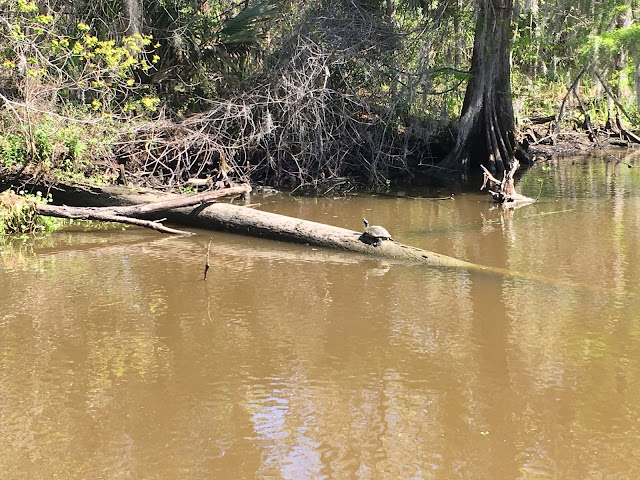 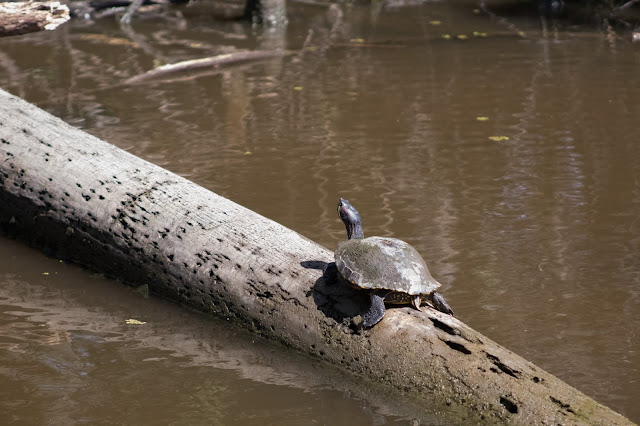 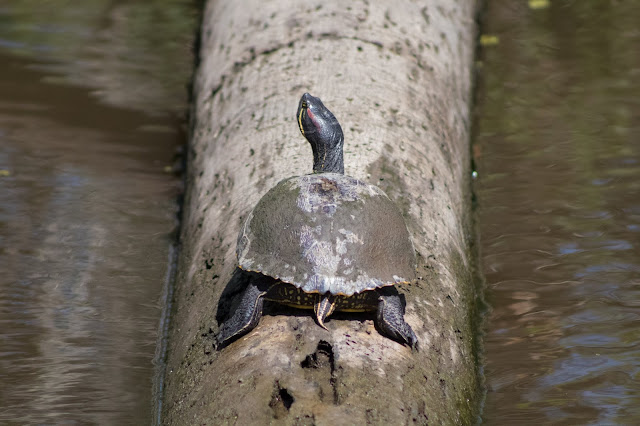 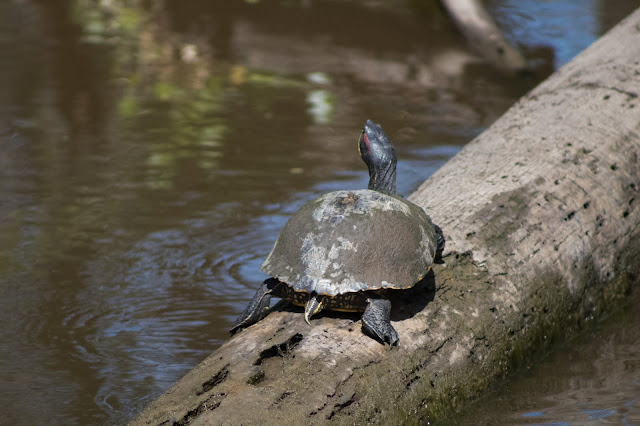 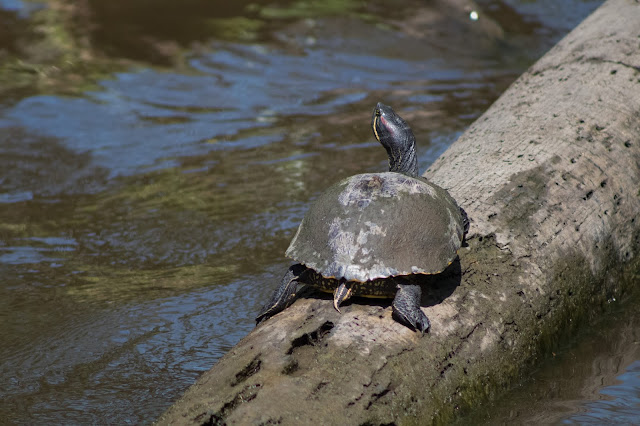 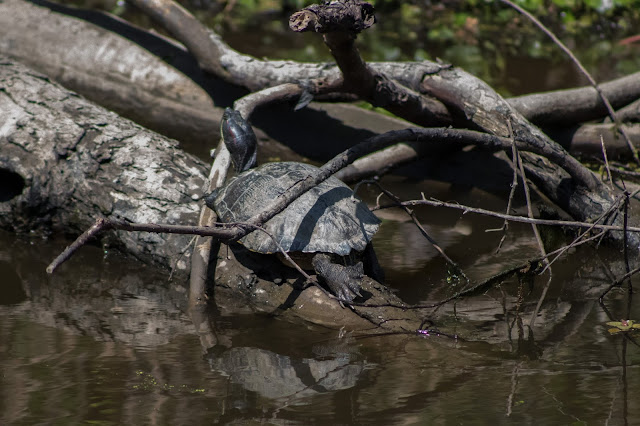 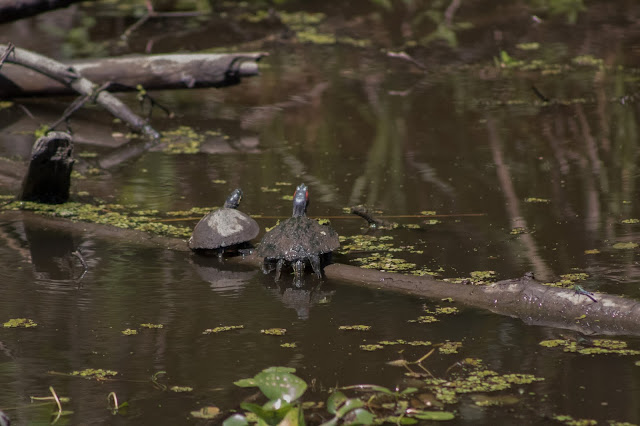 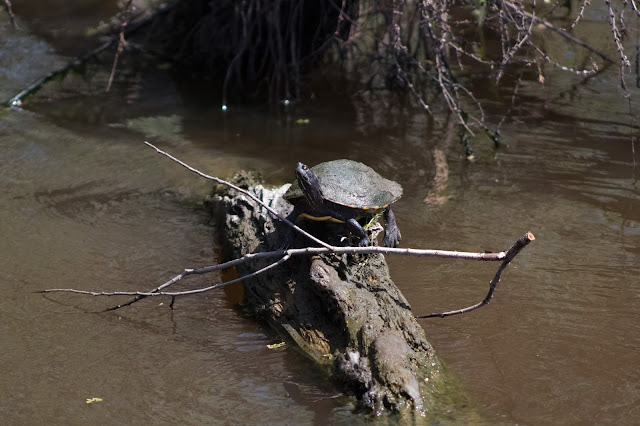 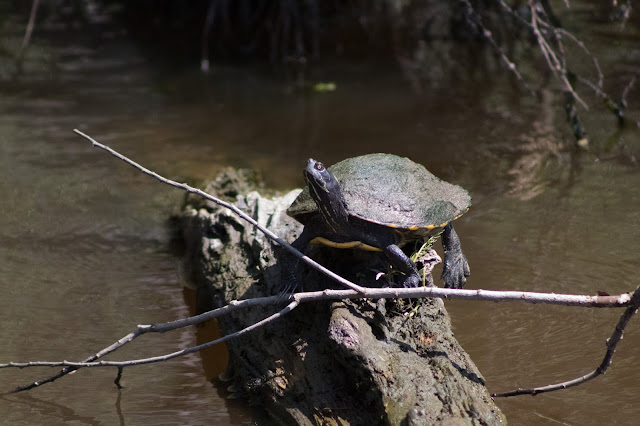 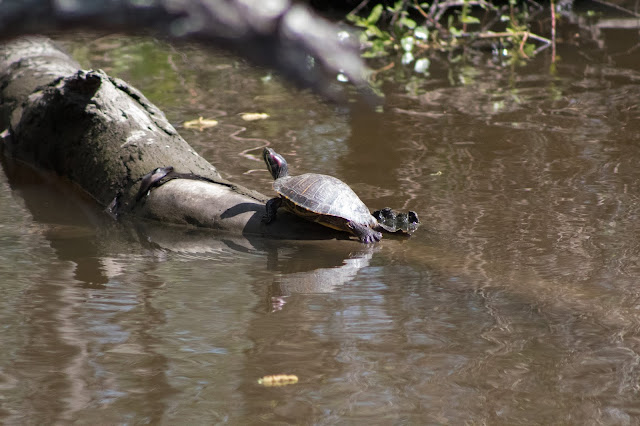 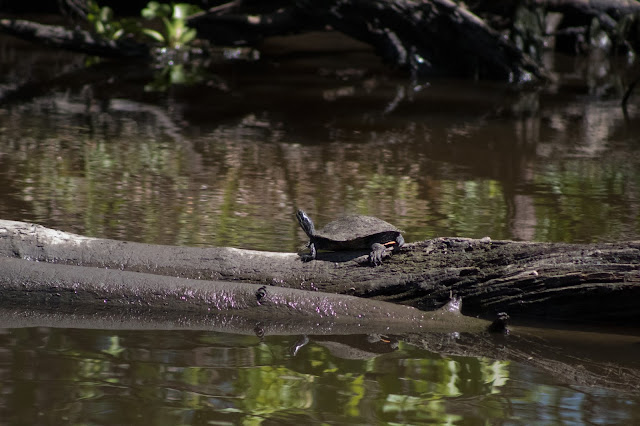 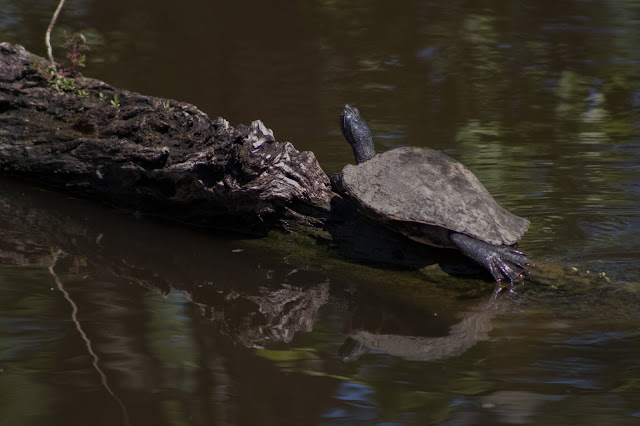 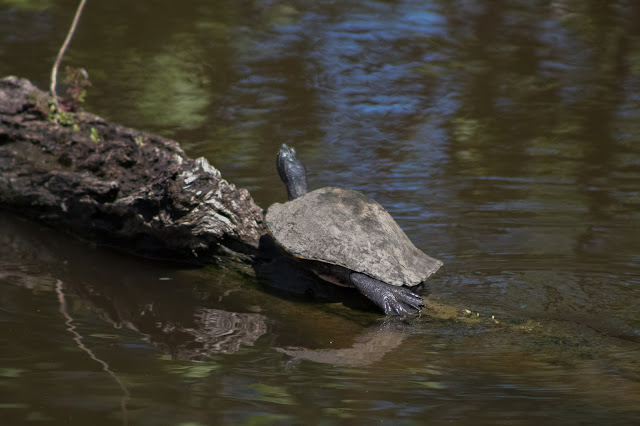 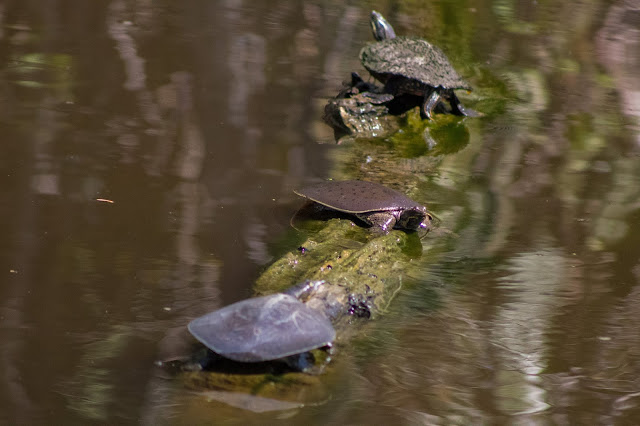 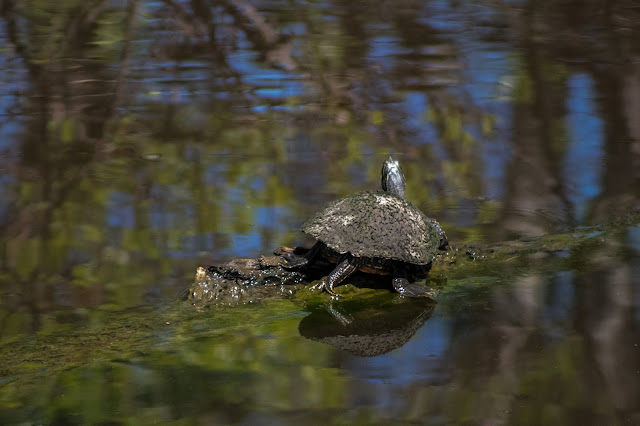 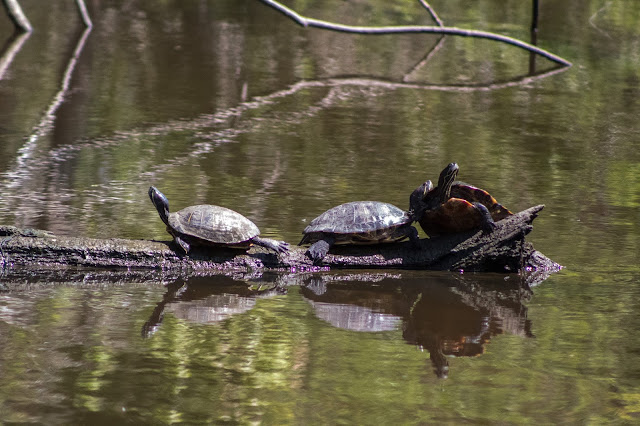 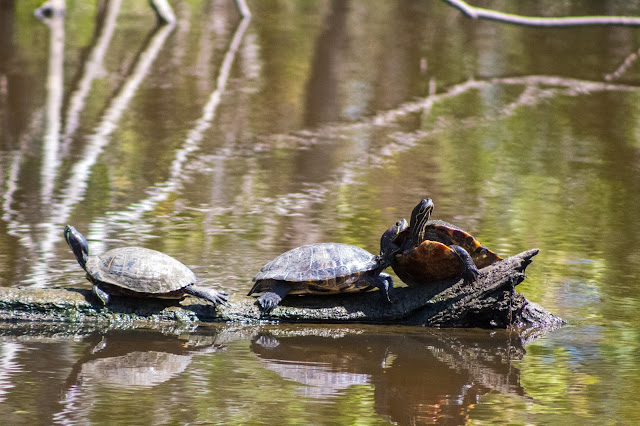 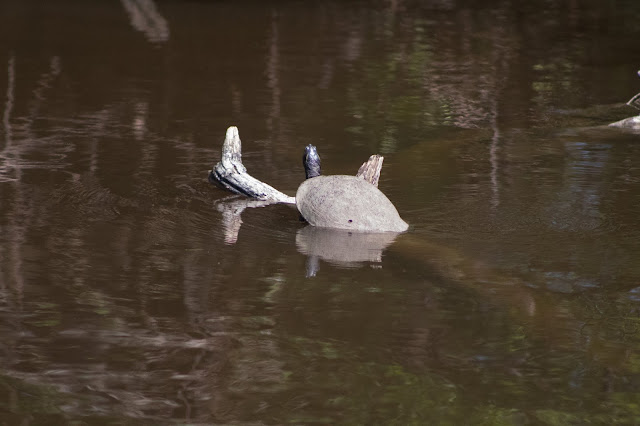 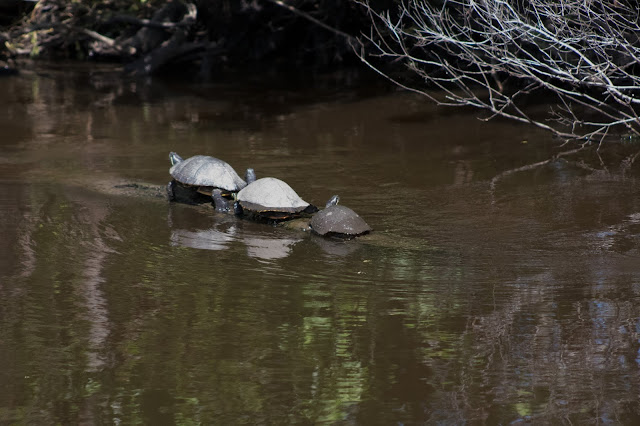 Posted by Big Anklevich at 11:21 AM No comments:

Posted by Big Anklevich at 12:23 PM No comments: