NaNoWriMo Is A Go Go!

Like I said in my previous post, I wasn't able to do NaNoWriMo this month. Or at least, not the way they want me to do it from Nov. 1st to Nov. 30th. Instead, I had a shload of crap dropped on top of me to begin November. There was overtime at work, and stress and pressure to the point that my stomach hurt when I came home from work at night. I picked the wrong damn time to do this no sugar bet with my wife, because I was in some serious need of some comfort food, and comfort food is not comforting unless you can indulge whatever your craving may be that day (then again, you could say that I picked the right time, because I'd probably have gained back all the weight I lost on my last diet in one week's time if I hadn't).

Now, however, my overdose of stress has ended. The other guys at work get to deal with the rest of the crap, and I'm free. So, I could do a sort of NaNoWriMo of my own, just starting late and ending late. I was thinking that I might be able to change my future by participating in this event. I don't expect to produce a great book, but I do hope to produce a writing habit that could eventually lead me to some writing skill. Some of you had some encouraging comments to that effect, and today I read a blog post from Mary Robinette Kowal on the topic. She said that her debut novel, Shades of Milk and Honey, was written as a NaNoWriMo book. So there's even the possibility of producing something publishable (perhaps with a little post NaNoWriMo editing). Not likely on your first try--Kowal said she did NaNoWriMo three different times--but even that is possible.

I think I will start on November 15th and end on December 15th. I think I could probably keep with it that whole time. The only problem I foresee is the fact that we will be taking a vacation to Disneyland in the middle there, so it could trip me up, but we have a laptop that I can bring with me and type on wherever we may be, so I'm going for it anyway. The longer I wait to start, the longer I'll wait to ever get published by someone other than my own Audio Magazine.
Posted by Big Anklevich at 4:08 PM 1 comment:

The wife and I are doing a sort of competition during the holidays. It's one of those stop being fat things. No sugar for the months of November and December with free days on Thanksgiving and Christmas...and perhaps New Years Eve or Christmas Eve, we haven't really decided on those yet. The idea, of course, is to avoid all those sweets that are brought into the office or wherever during the holiday season.

We only started on Monday, and I've already had to turn down pumpkin pie, apple pie, leftover Halloween candy, root beer floats, ice cream cake, and traditional chocolate cake. I guess it's good that we started when we did or there'd be thousands of calories from sweets already in my system. 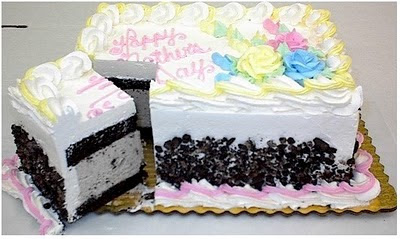 The competition part is that whoever gives in and indulges in sweets on days that aren't free must do the chore of the other person's choice. My wife has already indicated that scrubbing the toilet will probably be chore number one for me. Not that I'm too good to do such a chore, but if I can get out of it (and benefit my body in the process) then why wouldn't I?

I guess we'll see how it goes.
Posted by Big Anklevich at 1:09 PM 2 comments:

I don't know if you've ever followed the links over from the Dunesteef site or not, but if you haven't, I'm now bringing it to you. Rich Girardi, who has done voices on several of our episodes, has a...I don't know what to call it...a YouTube show or something like that. It's called Lady Jade's Lair, and it is muppet-like puppets involved in all sorts of fun hijinx. The muppets have fun characters, and it's really well done. So, anyway he did a special Halloween episode, and there was a special surprise at the end for me.

As if I wasn't depressed enough about my birthday...

Okay, things have conspired to make NaNoWriMo a little bit impossible for me. The time that I could use writing extensively has been taken from me. My sister volunteered me for one thing. And then there's a giant project at work that I'm going to have to do as well. So until the eighth or ninth of November, my time will be scarce.

So, I was wondering, it's still just as good if I start on November tenth and write to December tenth isn't it? I mean, I won't get a NaNoWriMo super star student sticker to put on my shirt, but in reality, it'll accomplish the same thing for me in my life, right?

I really liked the idea of trying to use NaNoWriMo to jumpstart myself as a writer, and I'm not ready to let it go just because the week that it starts is shot for me. Then again, I suppose it's fairly likely that something else will come along to screw me over on the tenth. If that happens, then it's time to say this is it...fish or cut bait, son...sh*t or get off the pot...do or do not, there is no try...or some other platitude like that. Platitudes are good for a writer to use in abundance aren't they? I wish I knew...I guess I have a lot to learn about writing. I really need to get started.
Posted by Big Anklevich at 4:09 PM 6 comments: