I Replaced My Camera

Got a new GoPro-esque camera (I think Rish called it a Faux Pro, I like that term) and I shot a new Anklecast on it that I'll hopefully get posted soon. Also, today I went out and had some fun with it in the pool. 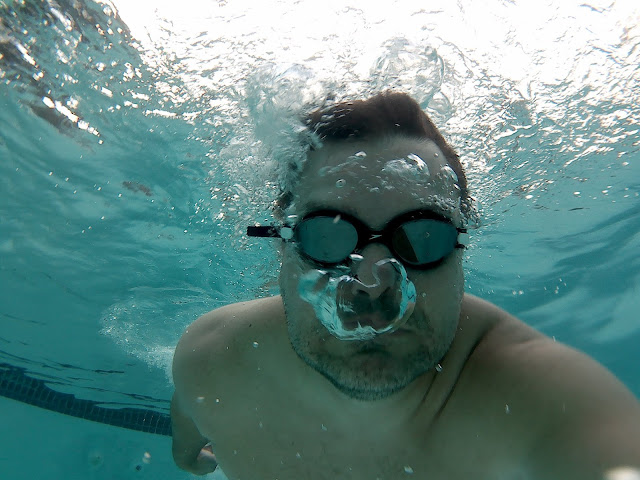 I discovered that it kind of floats, but at about six inches under the water. So the camera that I dropped into the water in Louisiana was probably nowhere near where I tried fishing around for it by the time I got that net from the boat captain.

Posted by Big Anklevich at 10:00 AM No comments:

What kind of incredible action is Edna Mode going to get into? 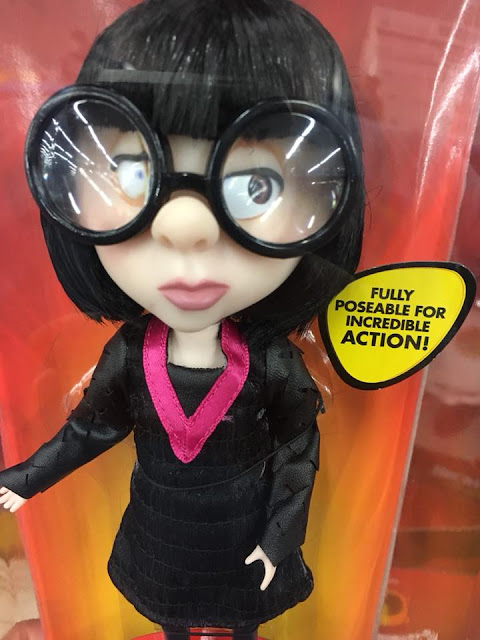 Posted by Big Anklevich at 4:00 PM No comments:

Struggling For A Reason For Americans To Watch

Rockets are in the playoffs right now. Looks like James Harden may well end up being this year's MVP too. So, everybody's enamored around here with the guy. So much so that they made these: 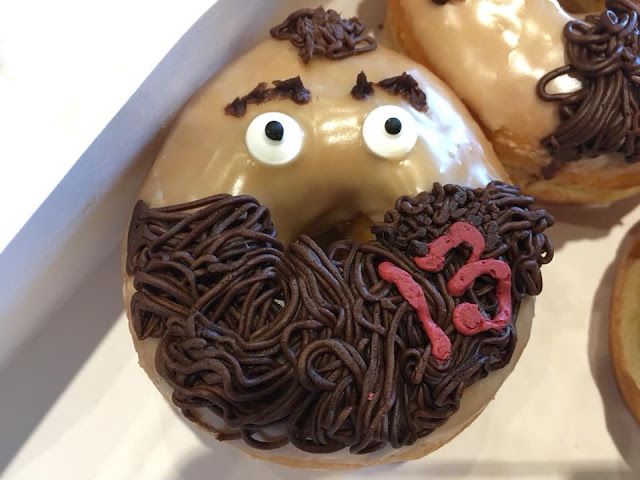 Fear the Beard...he is high in calories and sugar.

Posted by Big Anklevich at 8:30 PM No comments:

Saw the Squirrel Nut Zippers for the first time ever today. I've been a fan since 1996 when their album Hot came out. I was super excited for this show. 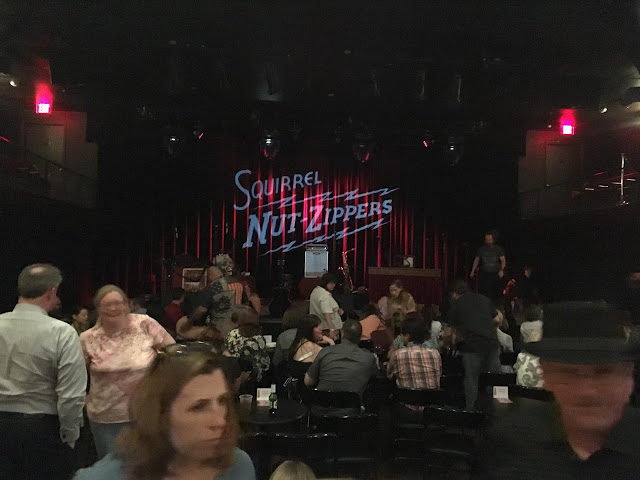 here’s a video of them doing their most famous song “Hell” from the show the other day.

This was the encore at the show. The band came down into the crowd and marched through the aisles...

...Then they went out into the lobby and finished the show there, before hanging out and taking pictures with the fans and stuff.

This is my selfie that I took with Jimbo Mathis. 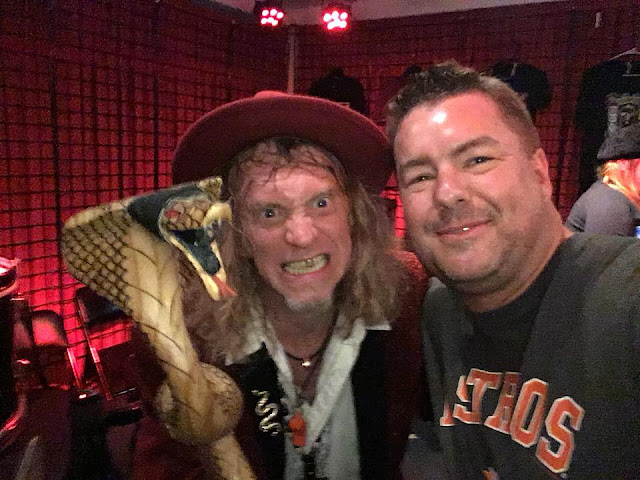 Jimbo is the only guy left in the band from the original lineup, and I have to admit that I really missed Katherine Whalen's voice in the band. She was probably the thing I liked most about the band. But, some of the new additions were really impressive, and so I have nothing to complain about at all. The show was really, really exciting and high energy. I haven't seen anything like this show in a really long time...maybe ever.

Posted by Big Anklevich at 11:30 PM No comments: 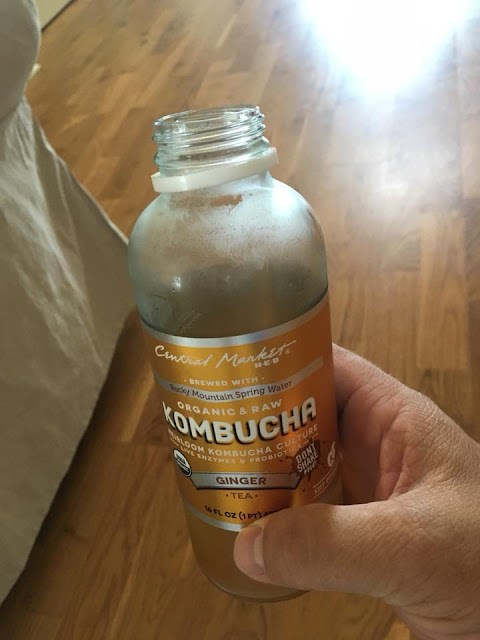 I’ve heard a lot about this stuff, and decided to try it for the first time today. I like it. It was buy one get one free, so my 18-year-old has one too. He likes it too. My wife hated it, and so did my 16-year-old daughter. So, it wasn’t smiles all around. Have you tried kombucha? What’s your take?

Posted by Big Anklevich at 3:00 PM No comments:

Wildflowers from my walk today. 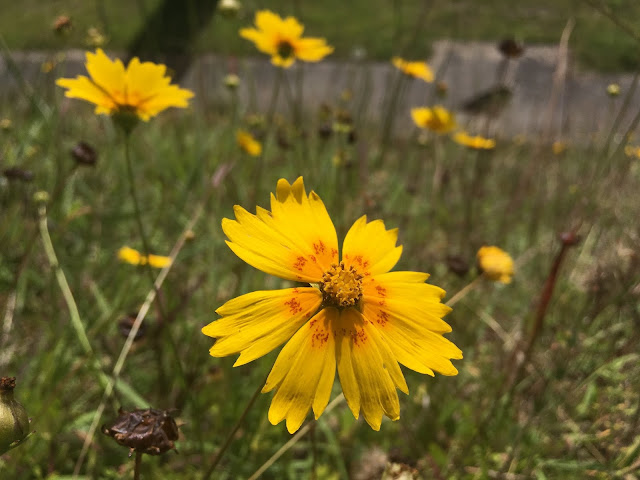 Posted by Big Anklevich at 8:00 PM No comments:

Turtles All The Way Down

Went for a walk today, and found a really big turtle. I managed to not fall down when I walked down to the canal bottom, and I picked the turtle up and brought it up to my 6-year-old son who was wearing roller blades and couldn't come down himself. This is him holding the turtle. 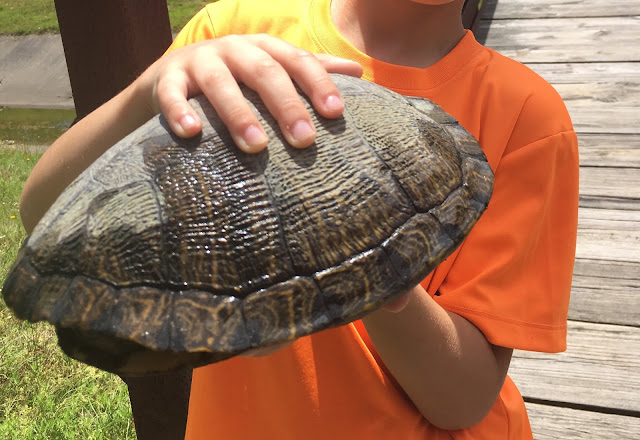 I put him back in the canal even though my son really wanted to keep him in our pool.

Posted by Big Anklevich at 10:00 AM No comments:

Anklecast 39: Must Have Been A Pickpocket, It Couldn't Be My Fault

Reporting back on writing, and a couple of other disaster stories from my New Orleans trip. I really ought to look back on that trip as the worst ever, but somehow I don't. Weird.


To download the audio of the podcast, right click here, and save the file to your hard drive.

Posted by Big Anklevich at 12:47 PM No comments: