Anklecast 30: Bumps In The Night 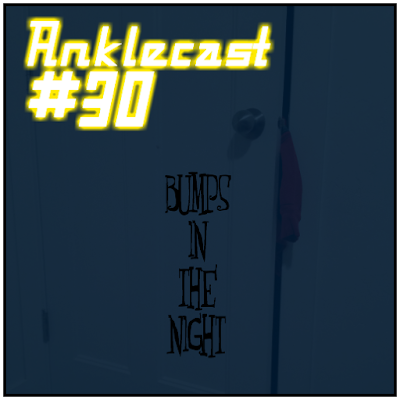 That's right, I'm back with another cast. With thanks to and help from Justin Charles, there appears a story in today's episode titled "Bumps In The Night." I read the story, and discuss how I'd like the Anklecast fans to pitch in and help out. Please do. Please. Seriously, you complete me. Without you, there is nothing.

Oh, and enjoy the story? 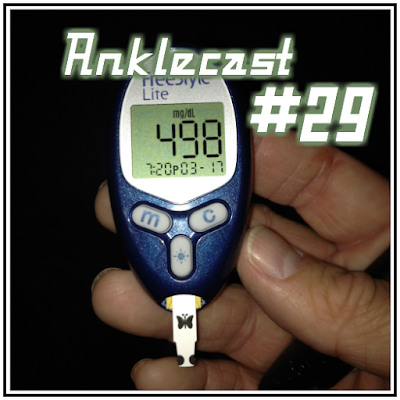 It's been a while, but Big Anklevich is back in the saddle to host another Anklecast. He's been going through some stuff, and he's here to tell you the full story of some of that stuff.

About a year ago, I wrote a story called "Chloey, Joey, Zoey, and David Bowie." I wrote the story purely based on the title, which I came up with by accident when I was giving my daughter a hard time about how she had two friends with rhyming names. I decided it was a great title, and I needed a story to go with it.

I didn't actually know all that much about David Bowie yet. I knew David Bowie, as everyone who is forty years old knows David Bowie. I mean, he was a cultural phenomenon, so you couldn't escape him completely. But if I was going to write a story like this, I was going to need to expand my knowledge a bit.

So, I did my favorite kind of research. I listened to music. I also delved into his history as well. Watching several documentaries on Ziggy Stardust in particular and David Bowie in general. I became a fan by way of this.

So, when I heard of his death, I was shocked and saddened. I didn't even know he was fighting with cancer. Hell, he'd just released an album a few weeks ago or so, right? You don't do that when you're on death's door usually.

Anyway, to celebrate David Bowie's life, and moreso my little connection with that life that I made researching him a year ago, I'm posting "Chloey, Joey, Zoey, and David Bowie" on my blog for anyone to read if they want. Hope you enjoy it. 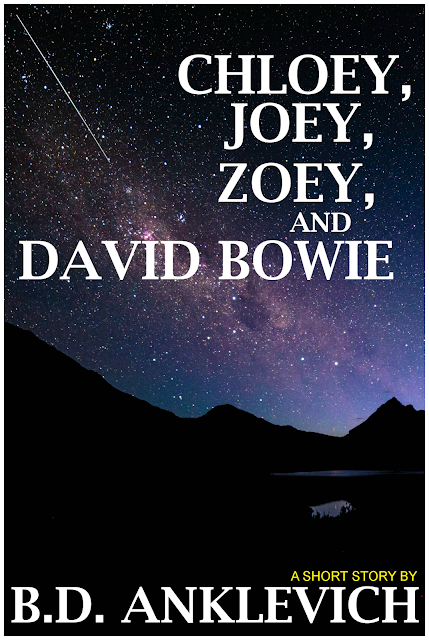 The beeping of the hospital monitors and the sniffling of Chloey’s friends set Claire’s teeth on edge. She’d heard that there were different stages of grief, and that anger was one of them, but still she felt guilty for being mad rather than sad. Her only daughter lay crushed and broken on a hospital bed, only still living because of the machines that were doing the work of her internal organs for her, and Claire hadn’t shed a single tear yet. She’d screamed and yelled and punched her fist against the wall, but she hadn’t cried once yet.
She just couldn’t come to terms with this turn of events. When her husband, Martin, had overdosed years ago, she swore she’d do everything she could to give Chloey the best life possible. Sadly, there had been precious little she could do. She’d been nigh on unemployable, with no education to speak of, and precious few skills to offer as well. But still she’d scratched and clawed her way through life so that she could give Chloey a future that would be better than her own. She’d debased herself at times to make ends meet, so that Chloey would never have to do the same. She’d sacrificed whatever future she might have had of her own, so that Chloey’s future would be bright. And now that was all gone. Chloey had no future at all, and all the sacrifices and suffering were for nothing.
Somebody traveling Highway 12 on their way to Missoula had blasted Chloey with their car until her body was nothing more than a bag of broken bones. And they hadn’t even stopped to see if they could help her. Amazingly, she’d hung on to life for three days now, which was way more than any of the doctors expected. But it was time to pull the plug. There was nothing left inside her, nothing more going on in her head. Her brain had finally decided to close up shop just like the rest of her organs had already done.
Claire was so unbelievably angry. She looked at Chloey’s little friends, Joey and Zoey. So silly that all their names rhymed. Those two hadn’t left her side the entire time. They were hoping and praying for some kind of miraculous healing, but this was the real world, and there were no miraculous healings here. But despite their obvious love and devotion to her daughter, all Claire wanted to do was to scream at them.
“What the hell were you thinking?” she wanted to shout. “What were you doing out on the road in pitch black darkness in the middle of nowhere?”
Instead, she laid a hand on each of their shoulders and whispered, “I’m sorry.”
The doctors began unhooking all the machines that were attached to her daughter until all that was left was that annoyingly beeping heart monitor. As each machine was rolled out of the room, Claire couldn’t help thinking of the complete financial ruin she would soon find herself in. The health insurance from the diner was shit, and she didn’t have any money to spare for the endless stream of bills she knew were coming her way.
Joey got up, and walked to Chloey’s side, taking one of her broken hands in her own. Shortly, Zoey did the same with the other hand. Claire went to her bedside as well, and squatted so that her head was right beside her daughter’s head. Chloey’s breathing had immediately become strained once the breathing machine had been disconnected. The beeps from the heart monitor grew more and more seldom.
“Oh, Chloey,” Joey said through a wash of tears and sniffles, “I love you. Go on to whatever better world is waiting for you.”
Then the beeping stopped altogether, and became one long droning tone. Her heart had stopped. Her lungs no longer rose and fell. Chloey was completely gone now.
“I love you too, Chloey,” Claire whispered in the ear of her dead daughter. “I wish it hadn’t ended like this.”
She hung her head, and whispered, “If only things could have been different.”