I thought I was done, but then everybody decided we needed New Year's Day treats as well. There was this cake: 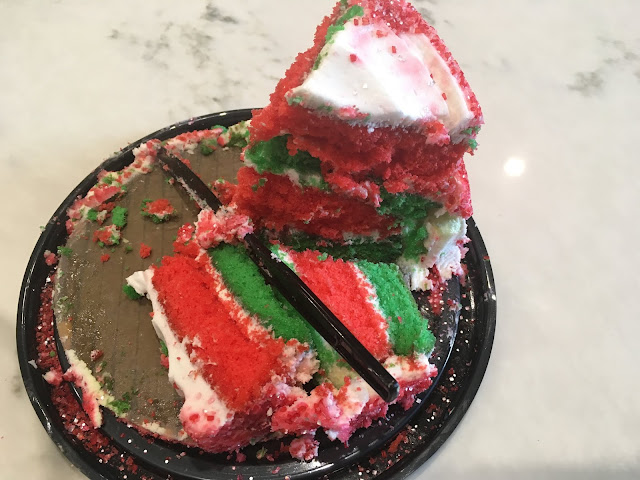 The most tempting to me were these nut clusters: 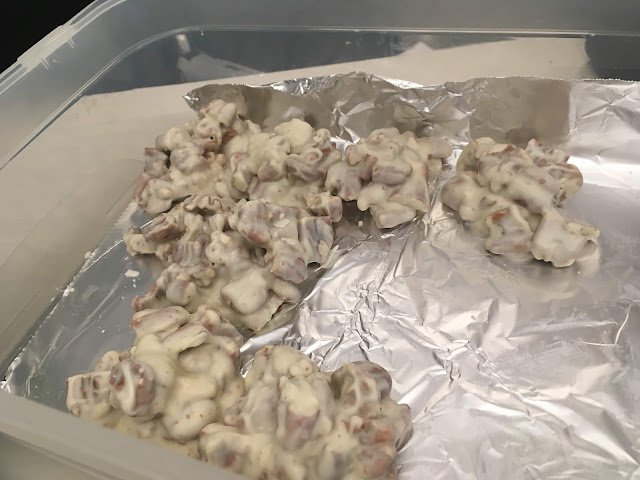 There were these nutcracker cans full of candy: 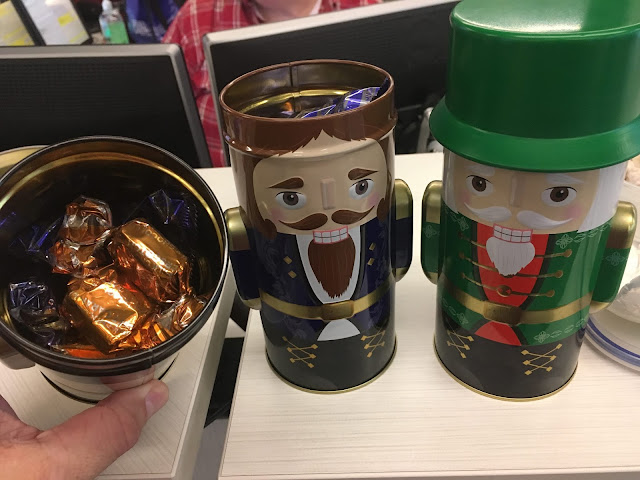 And two kinds of fudge, plus more candy: 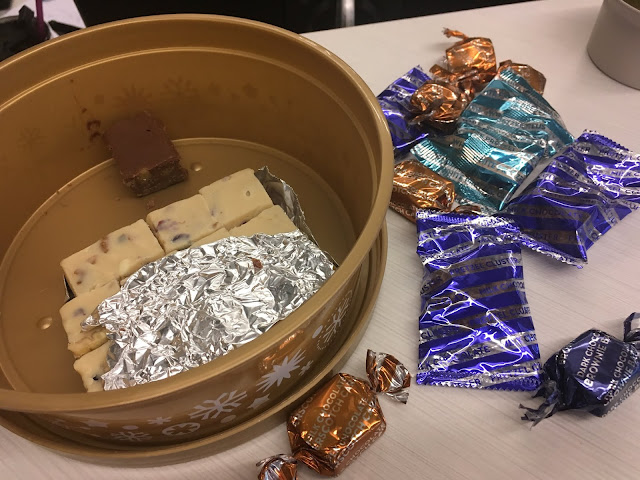 I think I'm finally done with the minefield. We're through the happy Chistmassy time of winter, and into the miserable slog of January. Nobody brings treats in January. I assume everybody is now joining me in attempting to be healthy. Surely, they'll mostly be doing it wrong though. I've seen a bunch of commercials for Nutri-system and Planet Fitness. So, a few weeks from now, there will be a bunch more people who gave up and quit because of their lack of success, inability to control themselves on a low calorie diet, and so on. Hell, my own wife has sworn to be good, and started counting her damn calories. She thinks I'm crazy for fasting, and won't even try it.

The good thing is that Keto and intermittent fasting is catching on more and more. Seems like every book at Costco is about Keto. So, not everyone will be wasting their time in pain at the gym raising their cortisol levels with stressful exercise. I'm still in the vast minority, but someday eventually it'll catch on enough that the tide will turn, and diabetes, PCOS, alzheimers, and other related diseases that stem from inflammation caused by carbohydrate excess will fade back to normal levels, instead of enormous, crush and destroy your entire society levels. One can only hope.

Oh, if you're reading this, and you have no idea what I'm talking about, but you're trying to fulfill a new year's resolution to improve your health, please look into the Ketogenic diet and intermittent fasting. There's tons of videos on YouTube on the subject. I think I may join in that crowd and make some of my own journey. Check it out, you'll be glad you did. Here's a good first video to start with: