We went to an Easter egg hunt this Saturday morning here in Houston. It was a much bigger deal than the one we had in our little suburban town that we'd come from. There, they only had an egg hunt. You had to be there on time, because they would have the firetruck blow the horn, and everyone would converge on the eggs, vacuuming them all up until there was nothing. Then everyone went home.

Here, they had a similar egg hunt, but there were dozens of other activities on top of that. There was free popcorn and snowcones, face painting, balloon animals, bouncy houses, a thing they called bubble soccer: 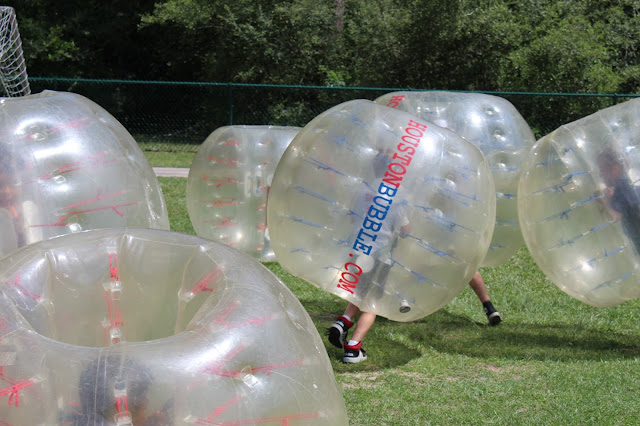 Though they never bothered with the soccer part, they just had the kids run around and bash into each other in the bubbles...

Then the particularly Texan thing they had, a mechanical bull for the kids to ride: 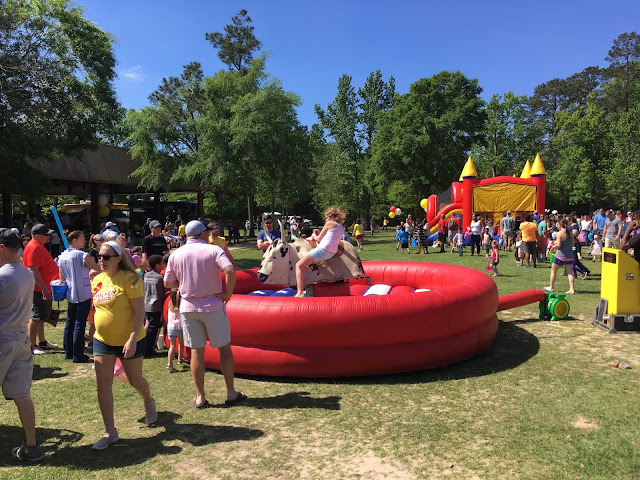 They also had a tiny little baby bouncy house there: 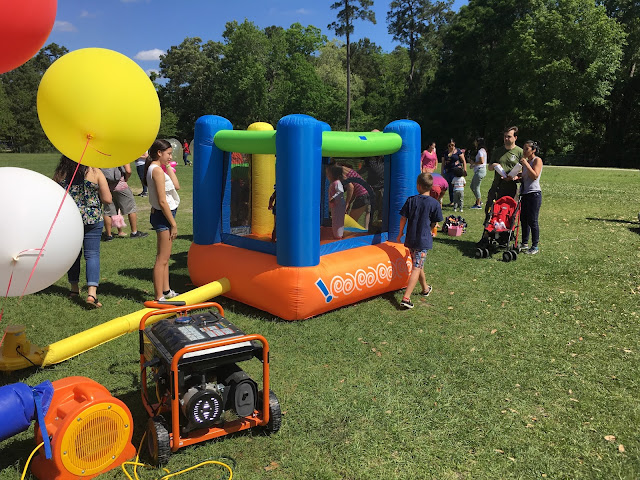 I thought that was pretty cute.

They had food trucks there for anyone who wanted some food. I thought it was particularly funny the name of this truck: 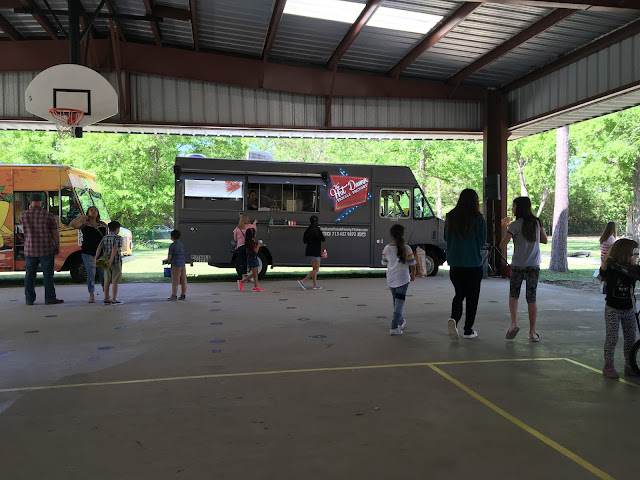 Because this whole event was put on by a local church. 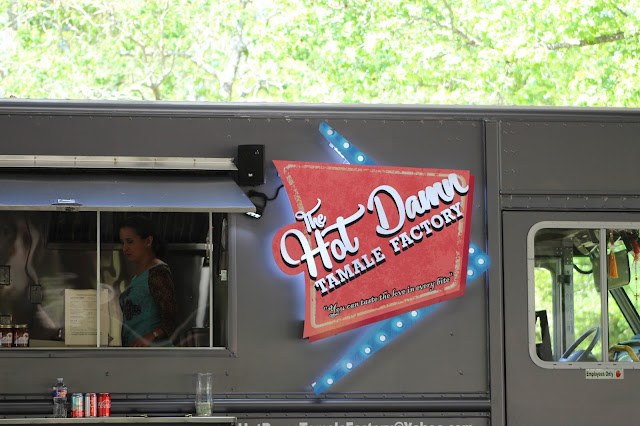