Didn't do any shopping on Black Friday this year, except a little of it from my computer while sitting in my jammies. I know most people look at the melee like something any sane person should avoid and many other see it as some kind of horrible indictment on our society's addiction to consumerism, but I actually find it kind of fun. The few times I've ventured out were all enjoyable adventures, and resulted in great stories to tell. Of course, I have never been shopping at one of those place where violence, beatings, shootings, or Mortal Kombat erupted. Maybe I'd have a different impression...although it did come close to that the one time I tried to get my son a video game.

This year, however, I used Black Friday for its even more traditional use. It wasn't Black Friday, but instead The Day After Thanksgiving, which is the traditional day that you decorate your home for the holiday season, just like New Year's Day is the traditional day you pull all that stuff back down. Last year, I posted about going shopping on Boxing Day...which with a name like that really ought to be the day that violence, beatings, shootings, and Mortal Kombat erupt, right?...and finding some good decorations on for half-off. I had to stuff them in a box and leave them for a year, but now I can finally bring them out and see how they look.

The tree that I bought in an effort to soothe some of that burning nostalgia inside me finally got to see the light of day. Here is how it turned out: 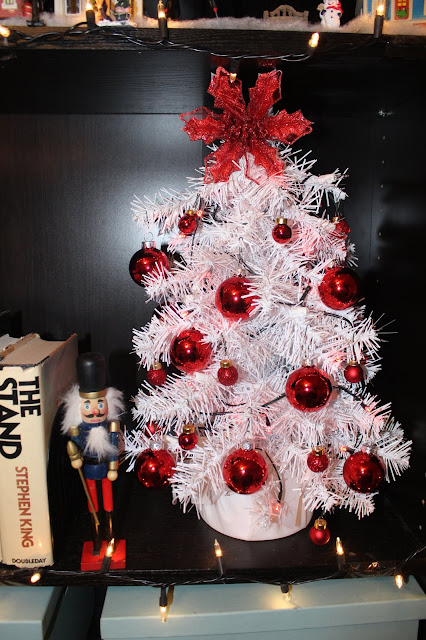 What do you think? Does it look anything like this one: 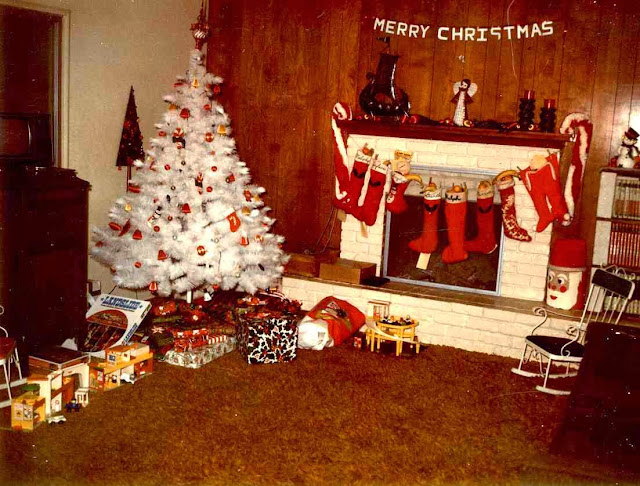 I don't know how well it matches, but I still love it. Now I just need some more of my mom's homemade decorations to fill out the rest of the room...but I don't think I'm going to do that. I was thinking more along the lines of a Wampa cave for Christmas...What do you think? 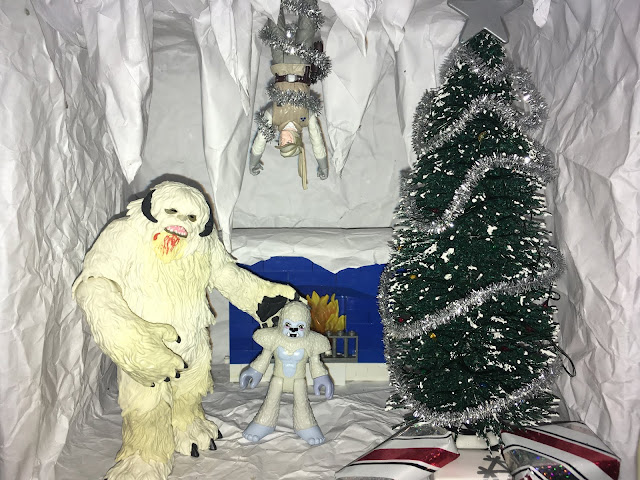 I did a bunch of stuff like that. I think I'm going to do a show about the whole process. Watch this space!

I spent the day decorating, and it looked like this when I was done: 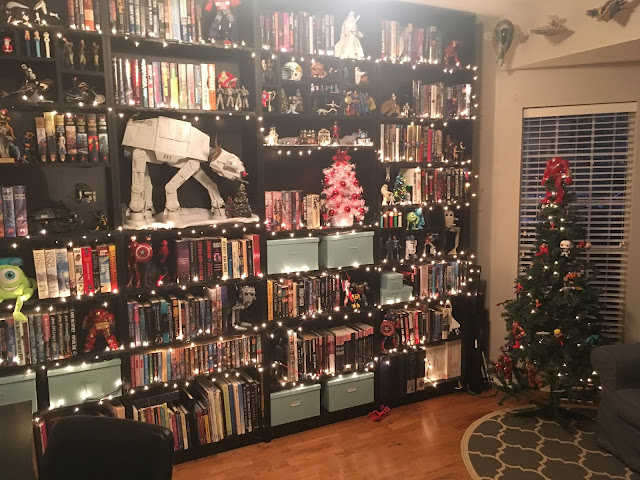 Nice and cheery. A perfect place to spend some time with a mug of cocoa and significant other to snuggle with. I probably ought to skip the cocoa, though, and my significant other doesn't want to support my toy habit unless my toy habit can support itself somehow. So, I guess that's not going to happen. Ah, well. If only I liked my cat, because she is always curled up on top the overstuffed chair in my den...leaving great wads of cat hair all over it...
Posted by Big Anklevich at 11:30 PM