We bought the Lego advent calendar for my son at Costco this weekend. They usually come in and are available for a week or two, and you can save at least $10 from what you'd pay everywhere else, so even though it's still only September, we buy it when we see it.

They have themed ones like Harry Potter and Star Wars, or you can get the regular folks one that comes in the Lego City line. This year, the people that come in the Lego City box are themed too. They have character names for all the people you get on the top of the box. I took one look at it, and it made me think of something else. 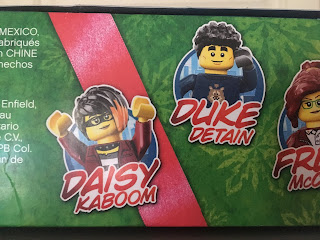 Right next to each other is Daisy Kaboom and Duke Detain. Switch the first and last names on those characters, and you would get: 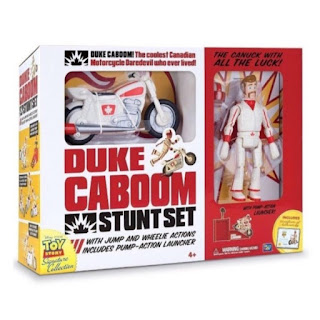 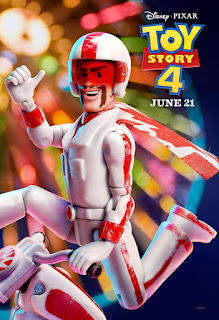 I don't know about you, but that seems pretty suspect. I think we know where they got the names of these characters from.

Maybe if they at least put Duke Detain on one end of the box and Daisy Kaboom on the other, with the rest of the characters in the middle separating them, it wouldn't have been so obvious.

Lego City always has been pretty weak on the character side though. It's not supposed to have characters. That's the whole point. This is the line where the kids actually make up their own stuff. Let it be, Lego. Let it be.

Posted by Big Anklevich at 8:27 AM