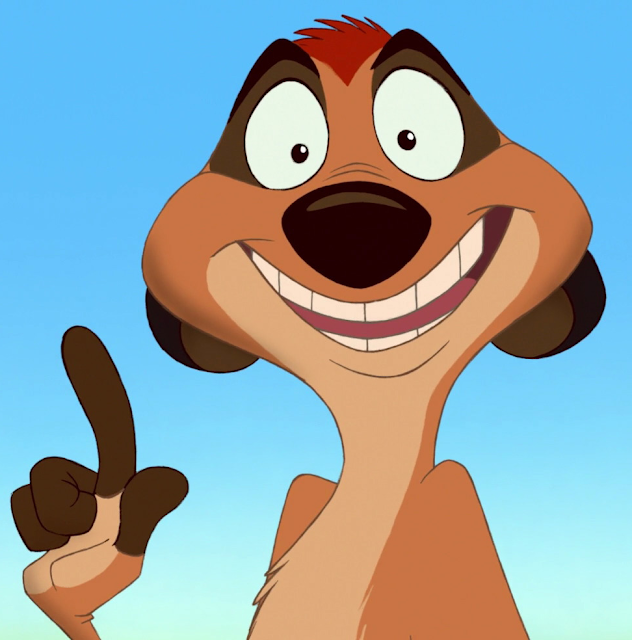 Saw a news story where an adult man was being interviewed, and I was horrified to find out that his name was Timon.

Someone please jump in and tell me that Timon is actually a common name in Africa and that the story writers from Disney did a lot of research in preparing that movie so that I'll feel better about the fact that someone named their child after a character from a Disney movie.

But then I'll have to tell you that the guy was white.

So, hopefully, at that point, you can jump in and tell me that there are lots of white people living in Africa and that it's perfectly normal for a white dude to be named Timon.

I could really use having this conversation right now to restore my faith in humanity. What I could really do without is someone telling me that their child is named Pumba, or that they know someone who named their kid Eeyore.

Posted by Big Anklevich at 8:30 AM