I was at the auto shop the other day, getting the brakes fixed on one of our cars, and they had one of those cop reality shows on the TV. It was showing a chase from South Carolina, I think. When they stopped the guy, and were arresting him, there was a bunch of people wearing these vests that said Deputy Sheriff C.A.T. on the back. I couldn't help myself. I snapped a picture of the TV and made this: 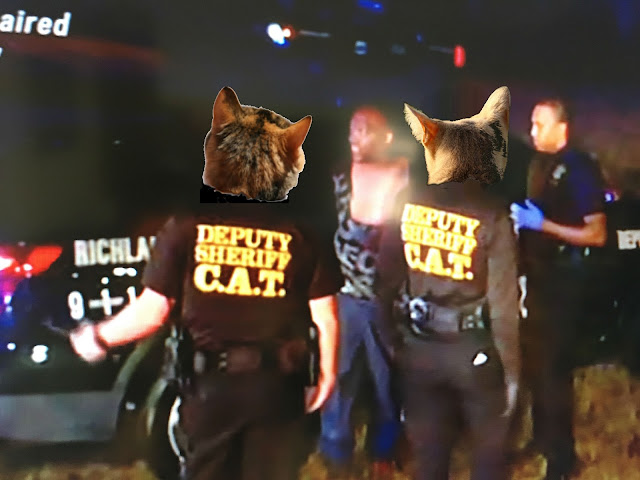 A few months ago, I saw a truck that was labeled EMERGENCY CAT RESPONSE TEAM. 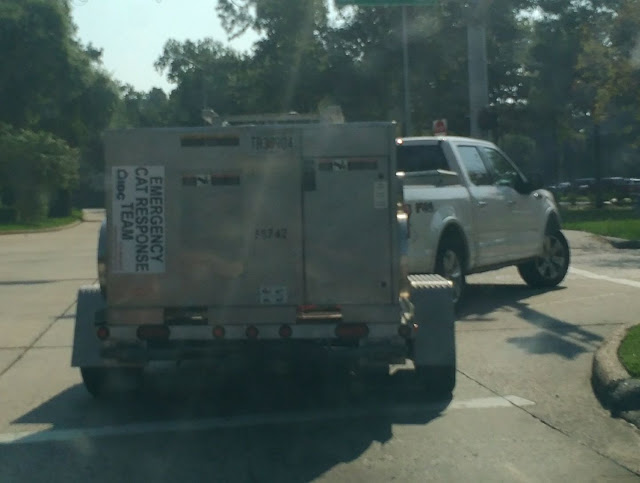 At the time, I made a stupid joke about how it was a bit of overkill to have a whole team for just cats, and that maybe they ought to branch out to include other pets or soemthing. But now, maybe it's a different kind of team. That truck might be filled with deputies like the ones in the picture above. Ya think?
Posted by Big Anklevich at 10:18 AM