My external hard drive crashed right after I came to Texas, and I've been slowly trying to get everything from my backups and back onto one new external hard drive. All my backups consist of things like Google Play Music for my music files, Google Photos for a lot of my photos, DVDs for the rest of my photos, and so forth. So, recently I came across these ancient pictures that my father has, and I scanned into the computer years ago. My dad was born in 1937, so he's older than the parents of most of my contemporaries. For example, my wife's dad is about the same age as my oldest brother.

My dad's not a baby boomer, like most of the kids my age, nor is he from the Greatest Generation...which I'm sure was called something else before Tom Brokaw came along and renamed them. He's from the generation between those two famous generations. The internet just informed me is called the Silent Generation. Could the name be more apt considering I had to look it up just to find out its name? He was born within the time that included the Great Depression and the Second World War, but he was too young to participate in them in any active way, and for the most part, he doesn't remember all that much about them. He was already an adult when all the social upheaval of the sixties took place. He was one of those kids in Back to the Future though. He graduated high school in 1955. And I think he tried to cut in on George McFly and dance with Loraine in that one scene only to be turned away when George finally grew a pair.

Sorry I ramble so much. The reason I made this post was to show you a picture. Because my dad is older than most of my friends' parents, he lived in a different time. A time before a lot of the technology that we consider an integral part of civilization was introduced or at least widespread. His house had an outhouse for example. And when Halloween came, his sisters wore costumes like these: 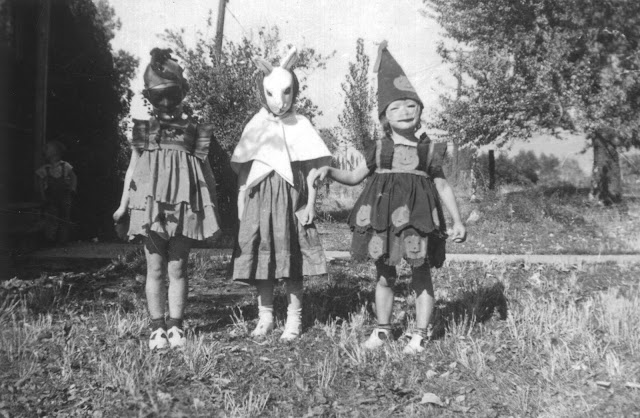 Why are old Halloween costumes always so frightening? And was Halloween in 1940 what it is in 2018? How was it different? I probably ought to ask him some time before he and his generation becomes permanently silent. Sorry, that was kind of a dark ending. Here's a puppy: 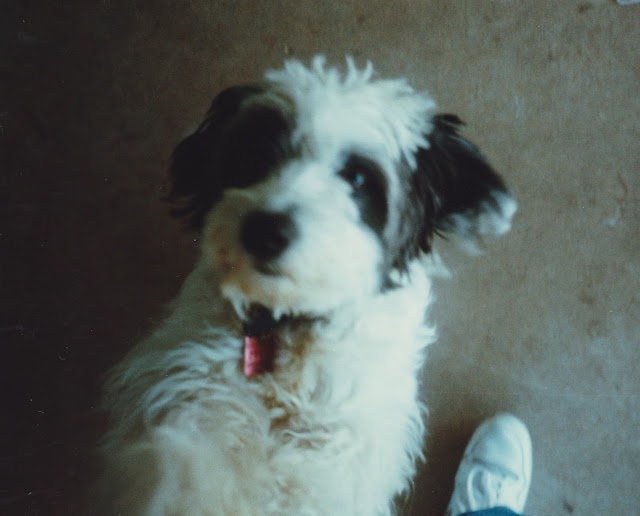