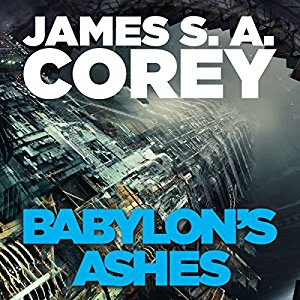 I'm a huge fan of The Expanse series by James S. A. Corey. Right now I'm listening to Babylon’s Ashes. Anyone else into The Expanse series? This is book six I think, and it feels like the series falling into the same issue that all ambitious series seem to succumb to. Too many POV characters, not enough going on. Am I wrong?

Anyway, I'll keep listening, and see how it goes. Because I've been listening to the series for so many years and I know these characters, I still enjoy it. Hopefully it'll pick up before it's done.

Posted by Big Anklevich at 4:00 PM