I've never lived anywhere wet enough to have much in the way of mushrooms before. So, when I see things like this I'm amazed. 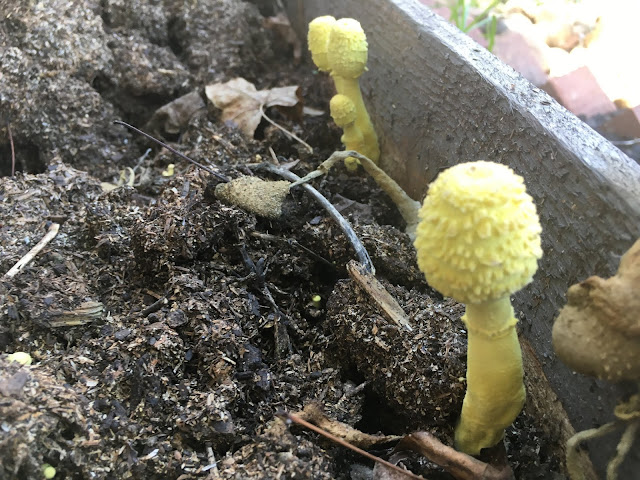 These mushrooms are growing in the garden boxes that our tomato plants had occupied for most of the year. The tomato plants had sucked. They'd grown huge, but given no tomatoes, so were not sad to see them replaced or anything. Look at these freaky, alien-looking things though! 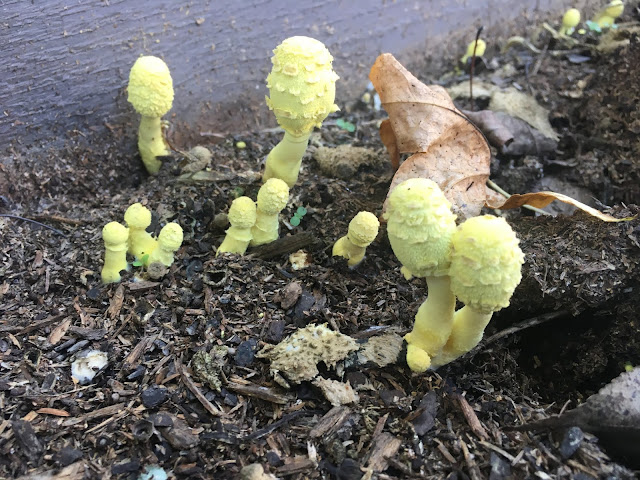 I wonder if they're edible. I'll never try them, but it makes me wonder. Are they nutritious? Are they psychedelic? Are they deadly? I'll never know, because I'm not stupid enough to put my life on the line and ingest any of them.

We also have these ones growing down in the corner next to a different set of garden boxes. 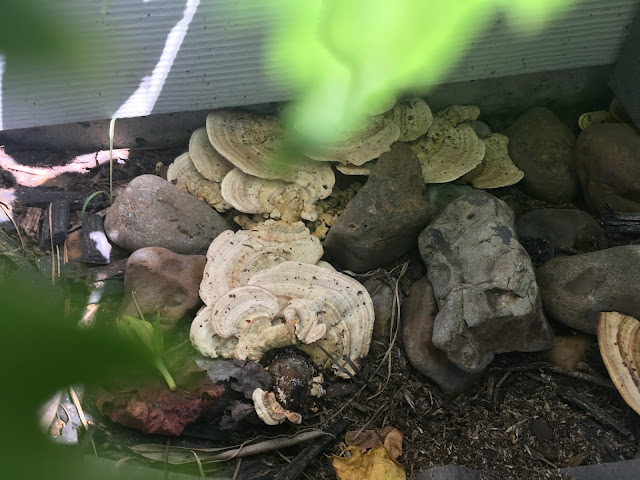 Here in the Houston humidity, we're always getting tons of mushrooms. We had a whole bunch on our front lawn last week. They grew big, and then a bunch of hairy fibers grew off of them. When I saw the alien, yellow-green mushrooms from above and took pictures of them, I thought I'd get pictures of the ones on the lawn to include in the post, but they had all disappeared overnight. Maybe I'll do a follow-up post at some point or something.

Anybody else get weird mushrooms? Out west, in the desert, mushrooms are as rare as intelligent banter on the Dunesteef Audio Fiction Magazine, so I've almost never seen them. Almost any mushrooms would amaze me.
Posted by Big Anklevich at 9:57 AM