What do you think? Should I get some of these little elf guys? 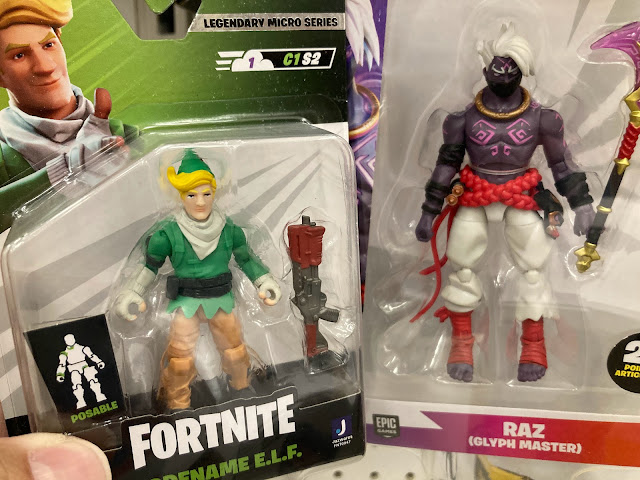 They're from a new line of mini Fortnite guys. They are about two inches tall, maybe two and a half. That Raz figure is in the picture to give you an idea of scale. He's a four inch figure like the ones I've been getting for Ankletown.

You know how much I love decorating for holidays with toys. This seems like a natural. I've seen the figures at more than one place for sale, so I think I could easily get a couple of them. I could maybe paint the hair a different color on some to make them look like they aren't the same guy. I guess I could paint the pants or jackets too, really.

They would probably look good as elves for a four inch Santa Claus, but would be a little short for a six inch one (which I have preordered), that is unless you think of elves as smaller than I imagine them. Don't know where I'll get a four inch Santa, though.

So, should I do it? What am I saying. I'm almost certainly going to do it. I've basically talked myself into it by writing this post. I'll probably own three of them by the time this post even gets published.