I barely started collecting Star Wars Vintage Collection figures a couple of months ago. I think my first figure I bought was an IG-11. So, there's plenty available that I don't have (and several that I don't want, really, either). So, it's not unusual for me to find one on any given day.

This time around, I was walking through Target, talking on the phone with Rish, when...in the wrong aisle on the wrong shelf...I happened to spy the Ahsoka Tano figure in the Corvus outfit. Corvus, if you care, is the planet she was on in Mandalorian episode 13, where we first met her in live action.

There is another figure that is the Clone Wars cartoon version of her, and that's still available online, so I might get it someday too, but for now, it's just this Corvus version of the figure. 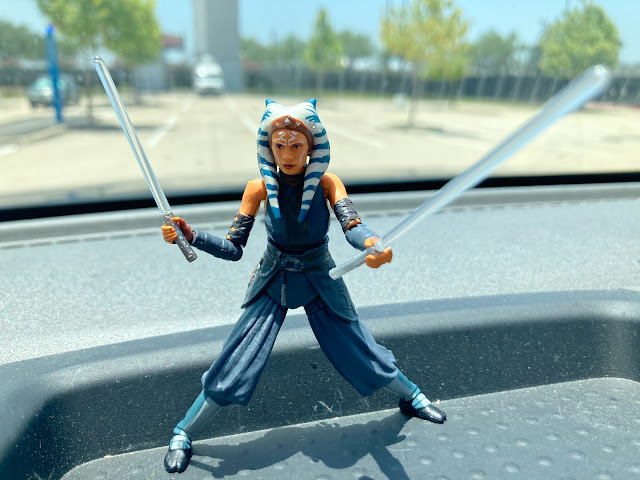 I have never watched more than an episode or two of the Clone Wars cartoon. I just don't like the prequels very much, or anything set in that era. I like to think of it as apocryphal stuff that really has no bearing on the original trilogy. Ahsoka's a relatively cool character in the Mandalorian, though, so I was willing to give her a buy.

I probably did it mostly based on the fact that she's an alien, particularly a Star Wars alien, and I want as many of those things in my Ankletown Station as I can get, so if there's one available, I'm gonna grab it. 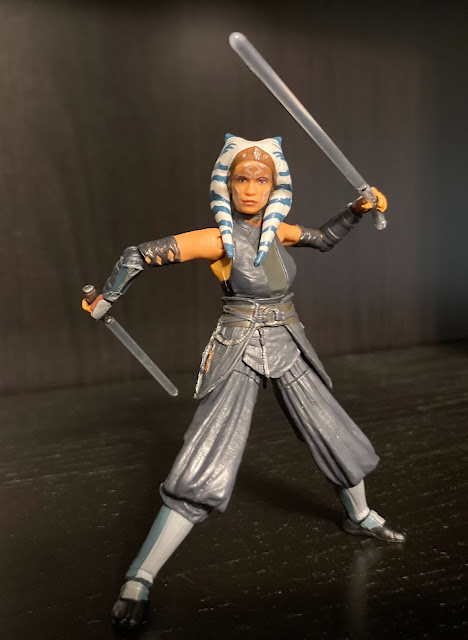 They feel like they are light years ahead of the figures I collected as a kid, and even some of the figures I got in the nineties or even as recently as a few years ago. Hell, the DJ and Leia in Hoth outfit that I bought recently come up miles short of Vintage Collection. 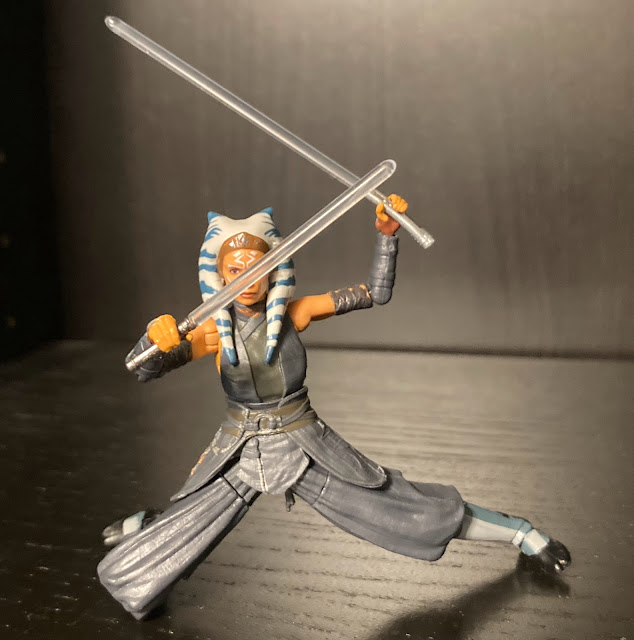 These figures are basically the articulation and detail of the six inch figures like Marvel Legends and Star Wars Black Series that I've been collecting for years, only shrunk down by Rick Moranis' machine to 3.75 inch scale. 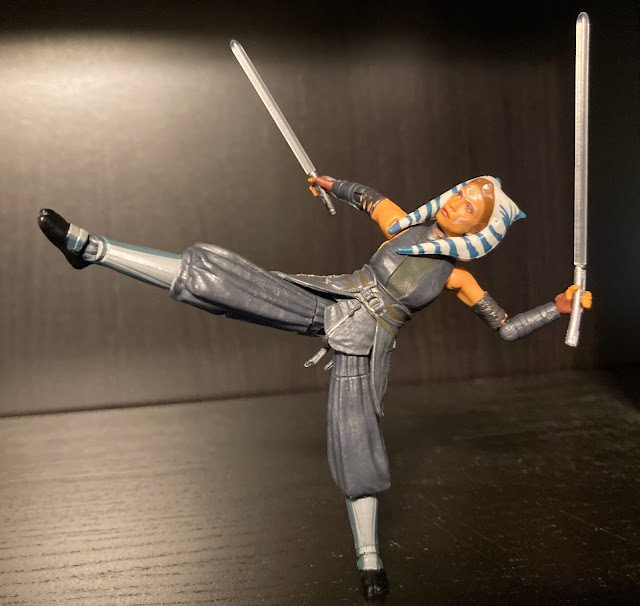 I don't really want a lot of Jedi on my station. I like the aliens and droids, but I'd prefer to make it less Jedi temple and more Mos Eisley Cantina for the vibe. So, I won't jump all over Jedi figures that often. But I am happy I got this one.

Posted by Big Anklevich at 7:46 AM