The Little Engine That Could

Ever since we got a truck, my wife can't control herself when planning projects. Maybe you remember the post where I talked about how we nearly broke the axle on the truck putting a palette of sod in it that probably weighed more than 1,000 pounds over the weight limit suggested for our truck bed. 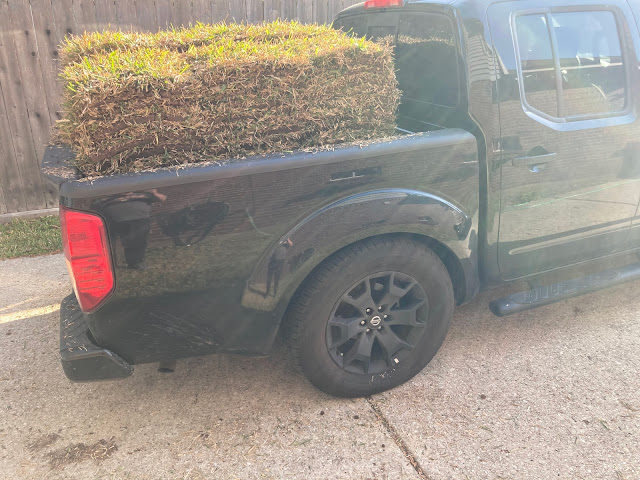 Well, she was at it again. She called me the other day to tell me that she'd ordered our baseboards for the man to put on after our floors are replaced. All I had to do was go buy Home Depot and pick them up.

"They're sixteen feet long," she said.

I swore. "You know our truck bed is only about five feet long, right? Where am I going to put these things?"

"Put them in through the back window, and tie a red flag on the end where they stick out," she said. "It'll be fine."

I dreaded going to pick them up, but I couldn't put it off, because there was a time limit. I packed our ratchet straps, some blankets, and a red flag in the truck, and went out.

Luckily, the employees helped me load them on. There was way too many to fit in through the back window, so that was out. We put the blanket over the roof to protect the paint job, and strapped the load down in a couple of places.

The worker claimed that they weren't coming off, and I figured he knew what he was doing more than I did, so I trusted his word. My truck looked ridiculous under that load, though. 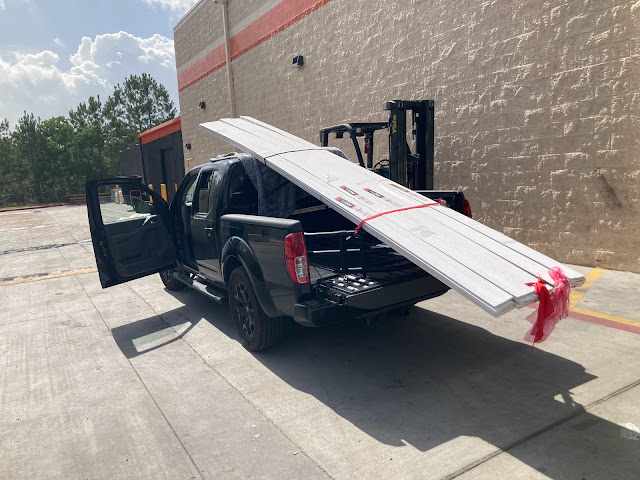 I drove as slowly as I felt I could get away with on the way home, just praying that a gust of wind or something didn't jar those boards loose and cause an accident as they tumbled onto the cars behind me.

I'm less cavalier than most people when it comes to loads tied to a car or truck. Working in the news, I've seen my share of trouble that's come from loads tumbling out onto cars behind them. And I would be criminally liable if something were to happen too.

When I sent this picture to my wife, she replied with: 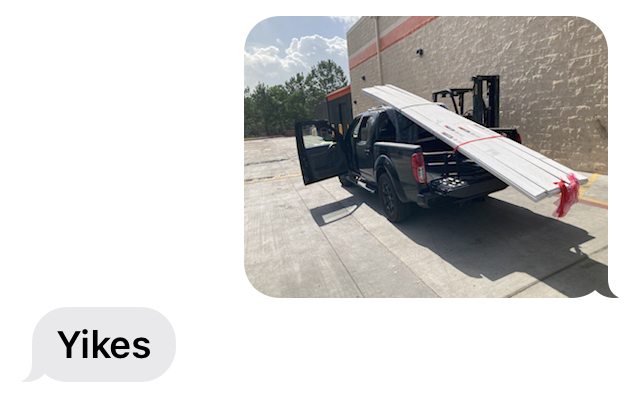 Tell me about it. Try driving home with that yourself next time. Stop acting like this little mid-sized truck we got is a friggin' semi.

My guess is that most truck owners are looking at the picture and saying, "yeah, so?" And they're probably right. I'm pretty much a girly man when it comes to great big loads. I want it to fit in the bed, and I don't want to have to tie anything down.

Wow, this turned out much more ranty and less funny than I expected it. Oh well. I guess my actual frustration came out. C'est la vie.