I want to say that it was in a link that Justin Charles sent me that talked about things that were idiosyncratic about America in which it complained about the large gaps in the bathroom stalls that exist here. Is that a thing that freaks you out?

It doesn't bother me at all. I've never once had a problem with someone standing at the crack and staring in at me while I shit. However, it must bother a decent number of people, because this exists: 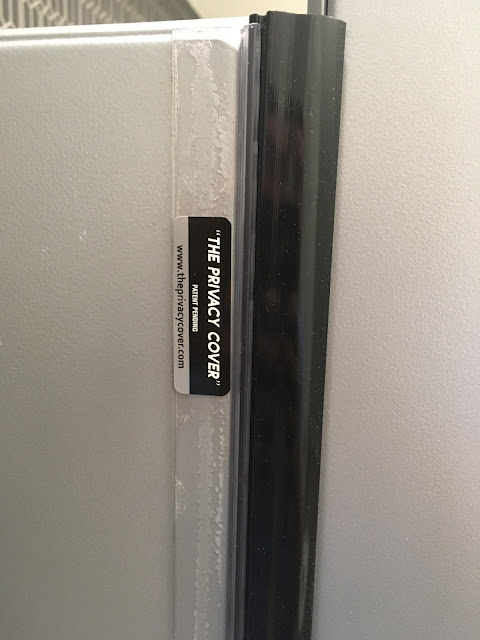 That's an extra flap that is put in place for those folks who worry about someone coming in and standing outside the stall to watch you shit. It was installed recently where I work. 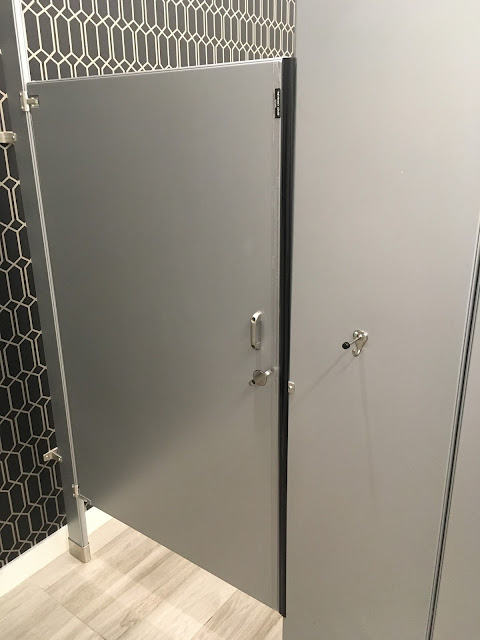 I have to admit, I just don't get it. Why are people so worried about this? Is it one of those things where we can imagine it, so we feel unsafe because of it? To me, it just seems like another one of those things that demonstrates that denizens of the modern first world don't understand math well. The risk is so damn slight that there just isn't any real value in such a product. Sure, there probably is one person in the world who would actually stand there and watch somebody take a shit through the crack in the stall, but the person who had to deal with that would have beaten odds so long that they make Powerball winners, shark attack victims, and those struck by lightning twice seem ho-hum in comparison. Am I right? Or am I crazy?

Lastly, I know I've shared this a bunch, but it should be shared again and again until people get a fucking clue and stop wasting money solving problems that aren't worth solving and maybe spend time trying to solve the ones that would actually make a real difference in the world. Here is the V-Sauce video about Risk. Watch it if you haven't already seen it before. In fact, if you've seen it before, you probably need a refresher anyhow. I watch it every year or so just to keep myself sane.

Also, read Steven Pinker's book The Better Angels Of Our Nature. It's long, but utterly fascinating, and will change your outlook on life and fear.

Posted by Big Anklevich at 7:00 PM