My First Time In New York

I love to travel and see and experience new things. Living out in the west meant that I mostly visited things like National Parks... 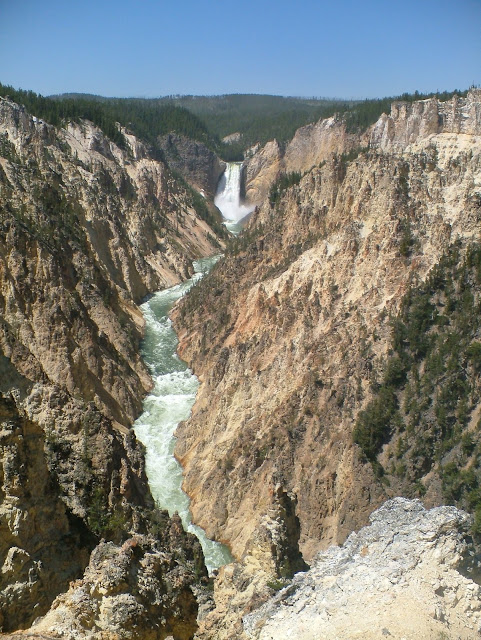 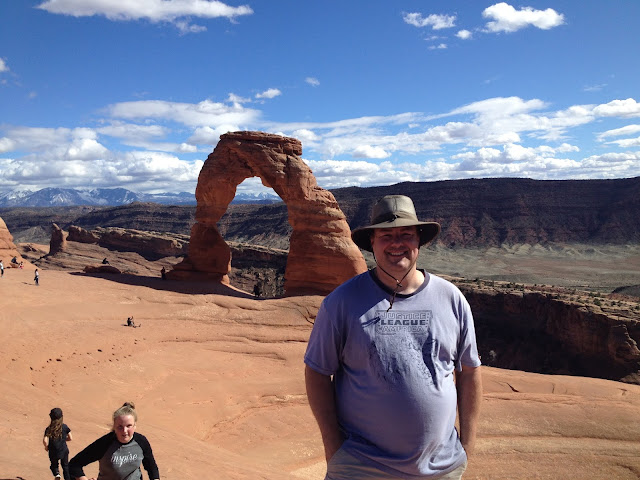 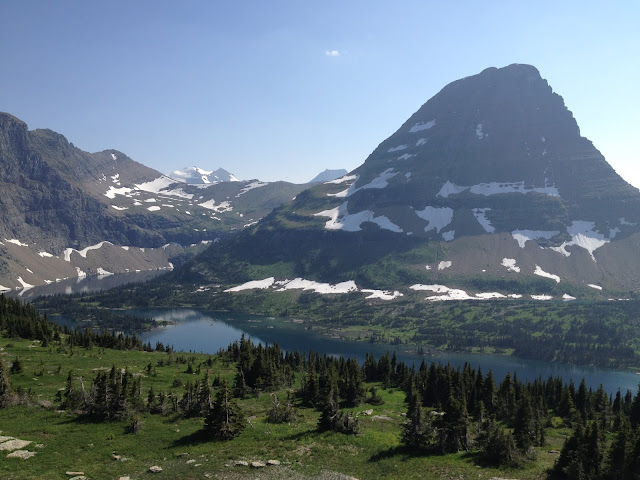 And the big cities in the vicinity like Los Angeles and San Francisco. 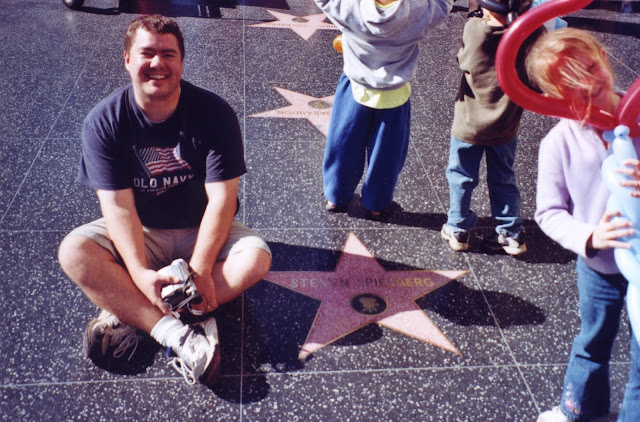 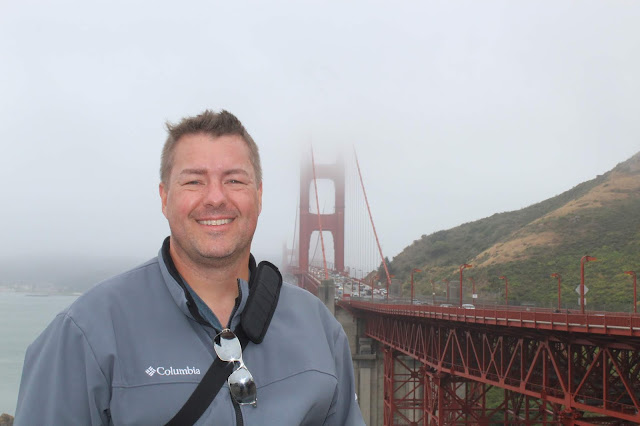 Now that I'm here in Houston, though, there's a new side of the country that has opened up to me. Last year, when we visited New Orleans, it was only the second time in my life that I'd been east of the Mississippi...and considering that New Orleans is actually on the Mississippi, I didn't get very far east of it.

My wife has some website or app or whatever that she uses to be alerted to good prices on airfare. She used it last year to take my daughter to New York for her sixteenth birthday. I'd never been to New York, and I think she could tell how jealous I was, so this year for Christmas, she used her app again to get us good airfare back to New York. She gave me the tickets as my Christmas present, and this past weekend was when those tickets were for.

So, I got to go to New York City for the first time in my life. It was really fun. We went to Times Square: 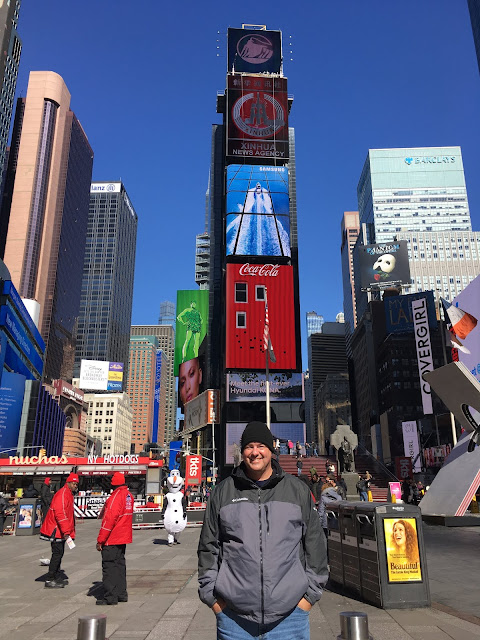 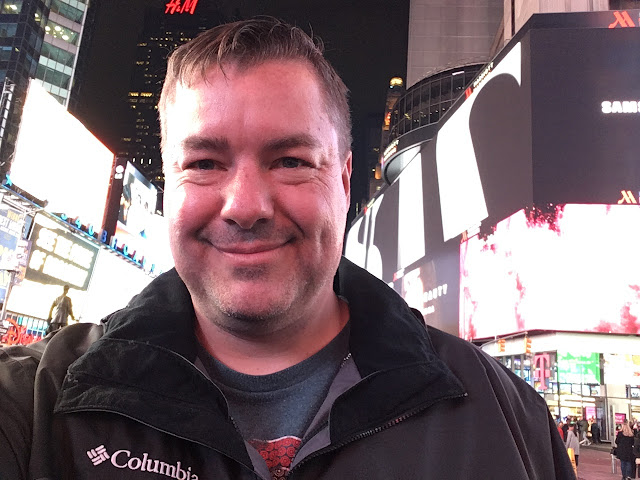 We went to the Statue of Liberty and Ellis Island: 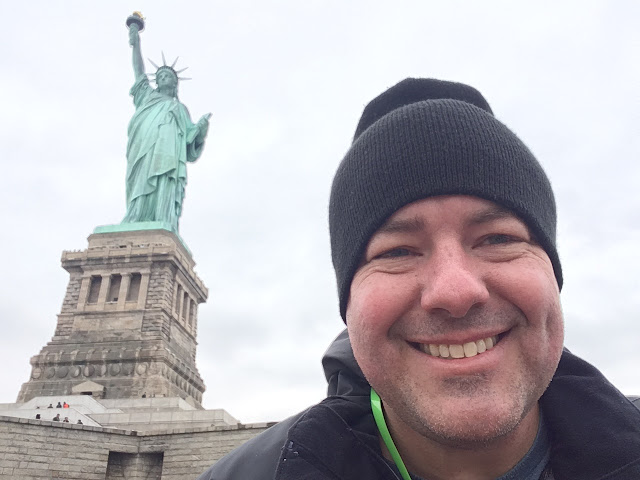 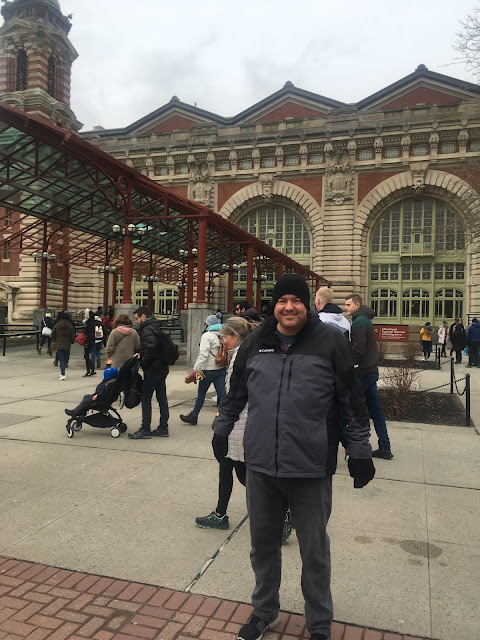 We went to the top of the Empire State Building: 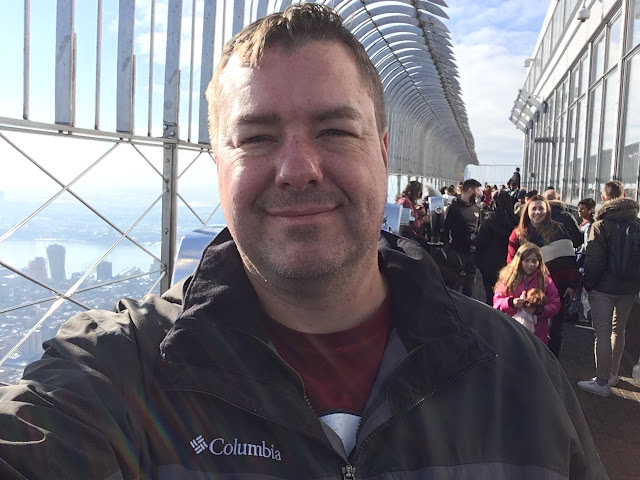 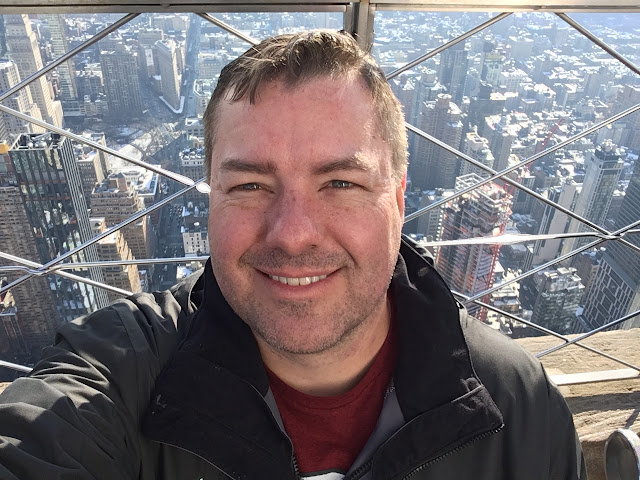 And we went and got hollowed out at the 9/11 Memorial museum: 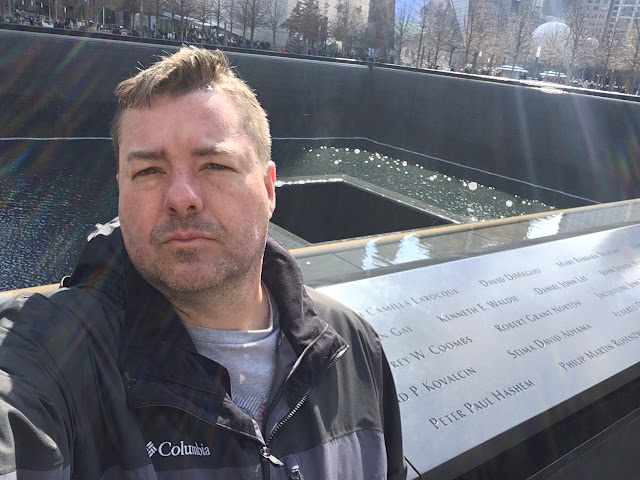 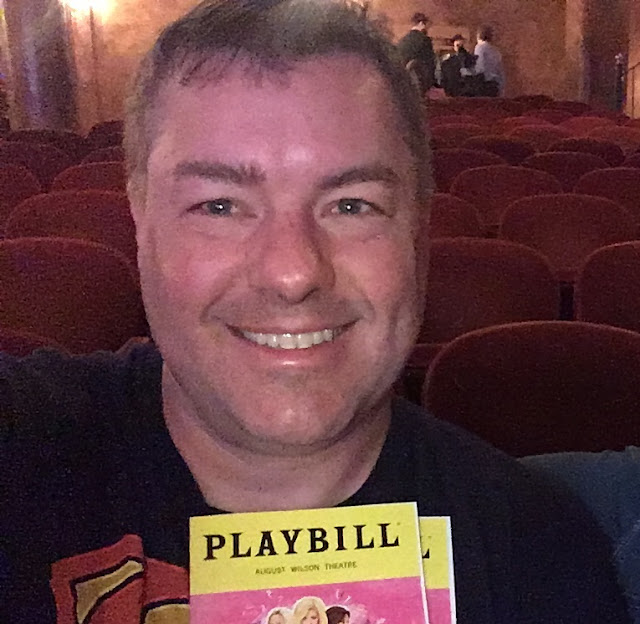 We rode the subway: 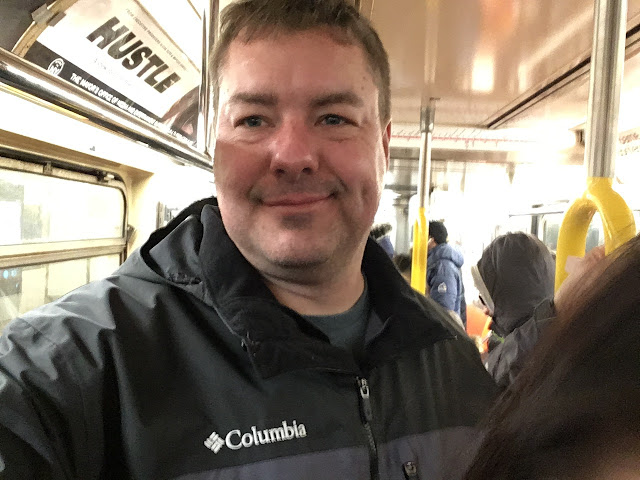 And ate a hot dog with sauerkraut and relish on it: 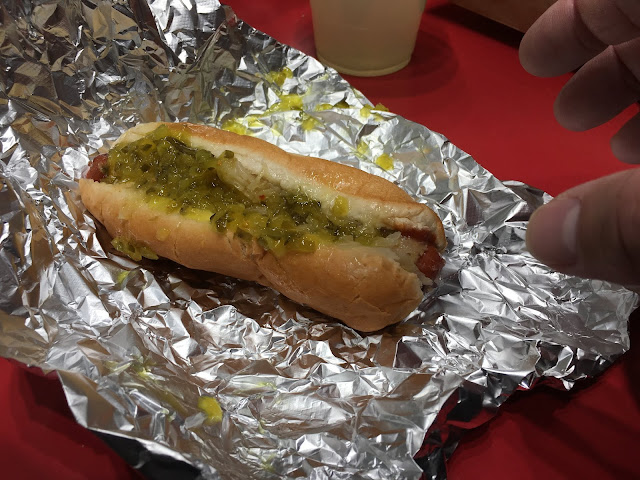 As well as a whole lot of New York pizza: 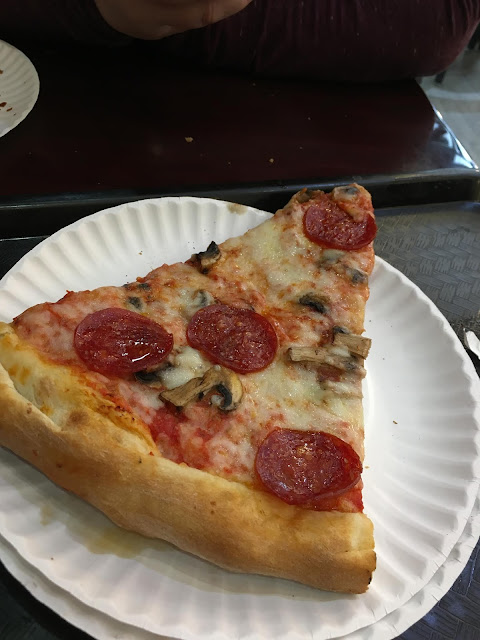 We had spaghetti at an Italian restaurant: 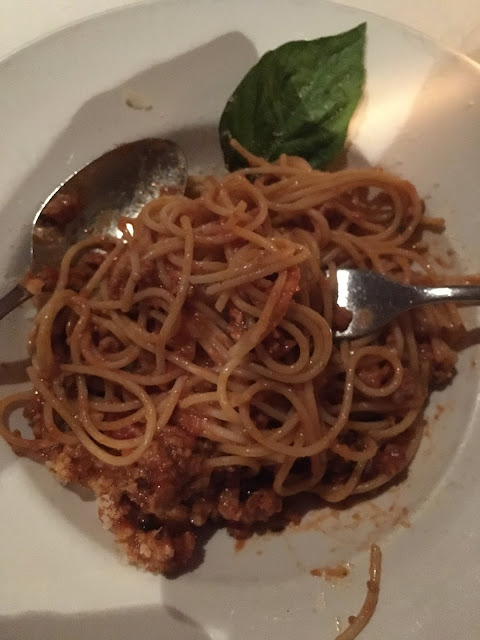 We went to one of those tiny little ramen restaurants where they only give you chop sticks...whether you know how to use them or not: 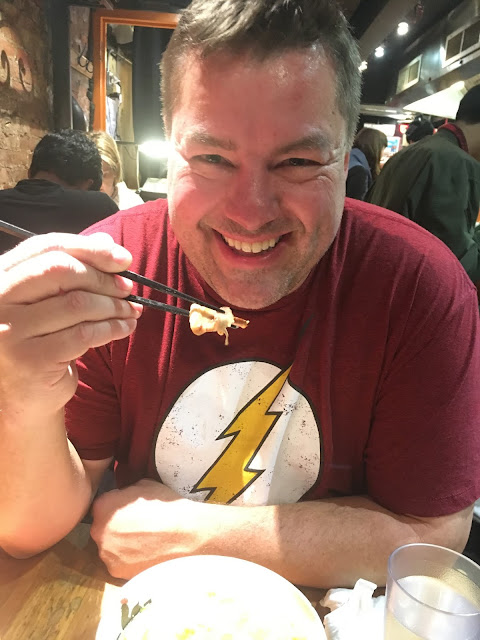 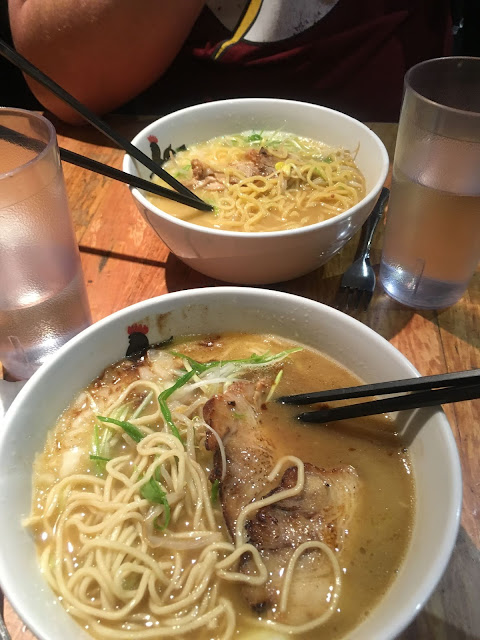 We also went to one of those New York delis. I got a corned beef on rye sandwich: 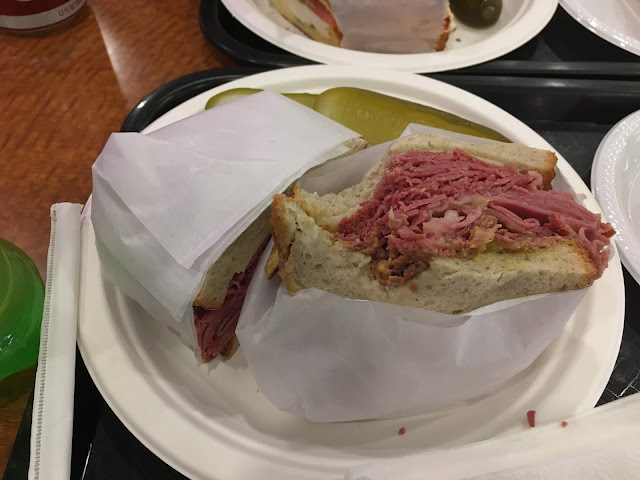 Also, we made sure to have a cannoli and some cheese cake: 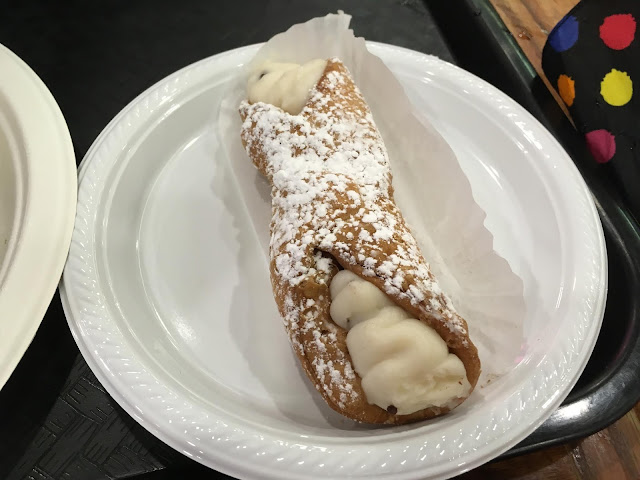 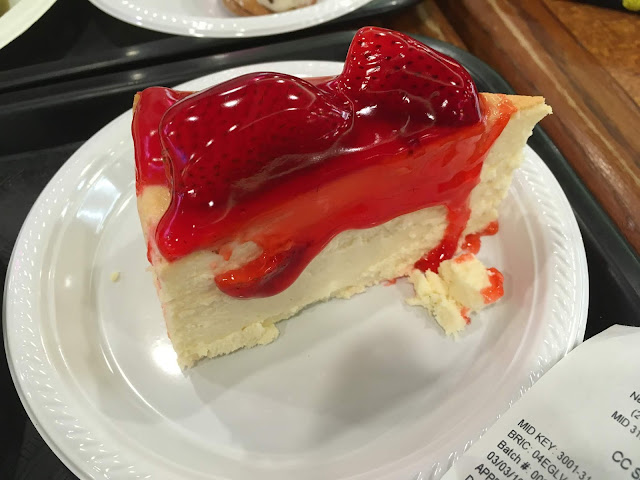 It was a pretty fun trip. I really had a great time. Maybe it was totally touristy and typical, but I don't care. I loved it. If you're interested, I think Rish and I are going to talk about it on an upcoming TGMG, so you can get some more details.
Posted by Big Anklevich at 10:55 AM