When we moved to Houston, my wife insisted that we have a pool. She said she wasn't moving to someplace as hot as this without some sort of refuge. So, we got one. Let me tell you, a pool is not just a water pit, it's also a money pit. We've had to fix issues with the pool over and over, including getting a whole new pump which cost a boatload.

Our pool came with a Polaris pool sweeper--one of those robot things that tools around the bottom of your pool vacuuming up the stuff that falls in. I tend to name all of my electronics...my computer is Optimus Prime, my phone is Conky, my car was Bumblebee...so I had to name this thing. After all, this thing was an actual robot. It had to have a name. We decided to call it Wall-P. Wall-E from the movie's name stood for Waste Allocation Load Lifter Earth-class. So, since our pool sweeper was doing the same job as Wall-E but for our pool, he was Waste Allocation Load Lifter Pool-class.

Unfortunately, Wall-P was a pretty old robot. I just found out that he was a full ten years old. For the last year and a half he's had nothing but issues like the rest of our pool's equipment. Recently, he's just been sitting at the bottom of the pool doing absolutely nothing. There was no difference when he was turned on or turned off. He always looked like this: 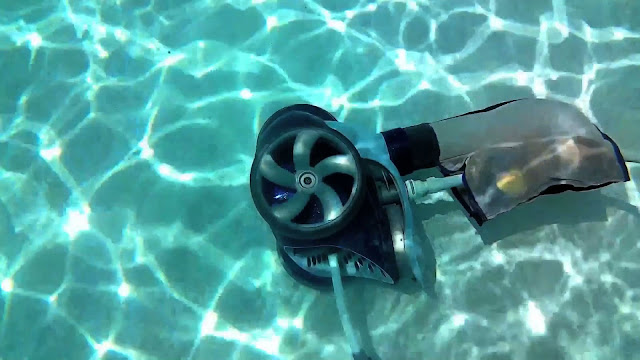 So, we fished him out and took him to the pool store to have him looked at. They told us that to get him repaired would cost more than it would to just buy a new one. My wife shopped around, found us a good deal, and now we have a new Wall-P in our pool. When we plugged him in and turned him on, he jumped up and went right to work, scrubbing that pool till it shined like those Dow Scrubbing Bubbles. 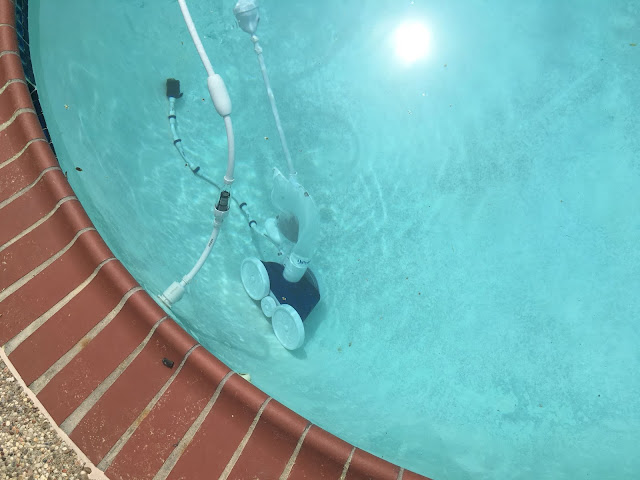 When we talked about giving it a name, we didn't know what to call it. The kids were calling it Wall-P, but it wasn't Wall-P, because that robot was in the trash can. They also called him Wall-P2, a la the Simpsons and Snowball II. But that just doesn't resonate. I suggested a little mashup of franchises. We could call it Wall-P2D2. But it was just too unwieldy. Maybe just P2D2 for short? Like saying Artoo.

My wife, however says that we've all got it wrong. This new robot isn't a boy at all. She says it has to be a girl. It does too good of a job cleaning. Boys always do half-assed jobs.

I guess that's exactly what she's saying, because she's been calling it that in any conversation we have about it ever since.

Goodbye Wall-P. Thanks for your service. Hello, Eva. Welcome to the family. 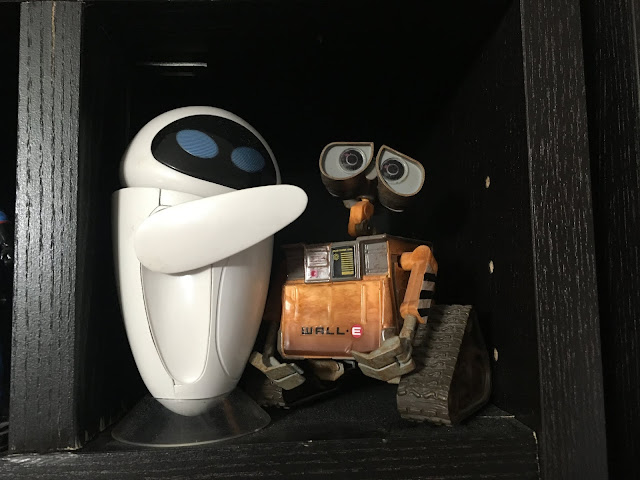 The pool looks so nice and clean, too bad the water's still so freaking cold that it numbed my arm when I hooked Eva up to the pump. It'll be nice to be able to go swimming again in a few months.
Posted by Big Anklevich at 9:45 AM